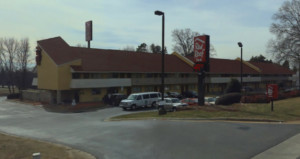 The Federal Government has fined the former owners of a Charlotte motel for $175,000 as part of a sex trafficking investigation.

U.S. Attorney Jill Westmoreland Rose just announced that a settlement agreement was filed today that involving the sale of a property located at 3300 Queen City Drive in Charlotte, formerly the Red Roof Inn.

The case alleged that the property owners had been repeatedly advised by Charlotte-Mecklenburg police of sex trafficking activities at the motel.  The ownership was told to take specific measures to reduce criminal activity, but the owners did not make any apparent changes to address the criminal activity at the motel, prosecutors said.

As part of the settlement agreement, the new owners are now being required to invest $300,000 for improvements in the property, seek affiliation with a national chain hotel, installing a 24-hour video surveillance system, and refusing any future hourly rentals.

Human trafficking continues to be a major problem in the city of Charlotte, but the FBI in coorporation with the CMPD is increasing its efforts to take down the major rings.

There are also several non-profits in Charlotte that are helping rescue women and transitioning back into society, such as Justice Ministries, and Redeeming Joy.

This recent video produced by The National Geographic gives a raw look at the Human Trafficking problem in Charlotte;