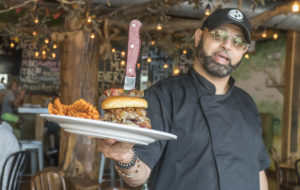 Smoked, sauced, grilled — we love our barbecue. But which are 2021’s Best BBQ Cities in America?

With Fourth of July around the corner and our mouths watering, the website LawnStarter compared 199 of the biggest U.S. cities based on 14 key markers of a true barbecue city for serious fans.

Among the factors they looked at: the number of national award-winning BBQ restaurants and chefs; whether the city has hosted at least one “master-level” competition blessed by KCBS; the number of barbecue festivals; and, of course, fan ratings.

Charlotte came in at #22 and Raleigh just barely beat us, coming in at #20 in the nation.