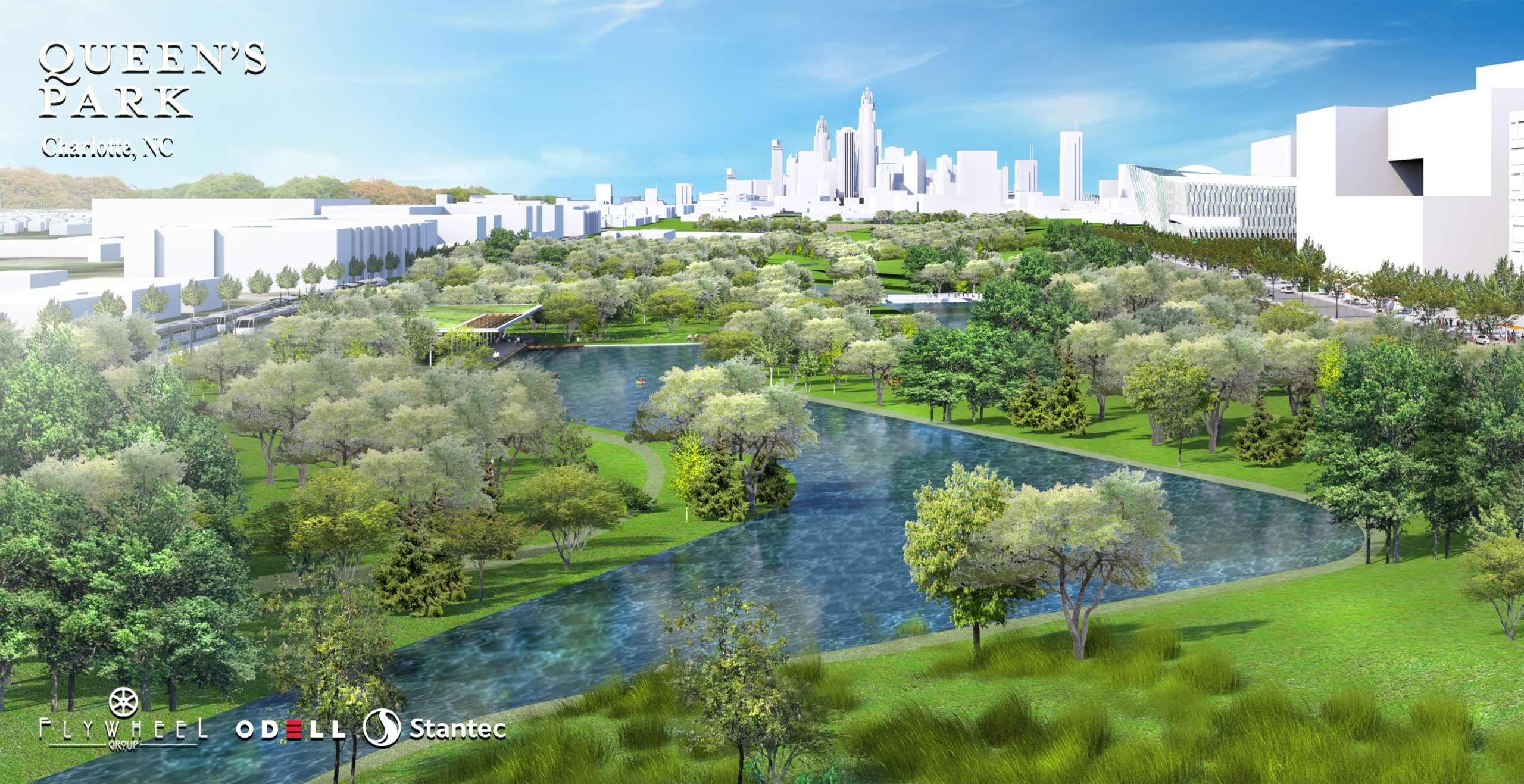 A massive new project is now in the works to turn a 220 acre rail yard into the Queen City’s largest public park – the Queen’s Park. The new plan is being spearheaded by attorney Eric Spengler, who formed the non-profit organization ‘The Friends of Queen’s Park’ last October.

Today, Friends of Queen’s Park released the official renderings of the new development, along with a press release about the ‘remarkable transformation’.

“At 220 acres, Queens Park will be the largest and most diverse park within the City. Situated at the intersection of the Cross-Charlotte Trail, the Lynx Blue Line, the Rail Trail, and North Tryon Street, the Park will accommodate amenities such as a flexible great lawn, a regional cultural district, and a natural area that showcases nature and natural systems. It will connect diverse and exciting neighborhoods and change the way that we think about Parks in the City of Charlotte.” The vision and renderings are a collaboration of renowned professionals in development, urban design, and architecture who volunteered their time, including representatives from The Flywheel Group, Stantec, Odell, and The Agency.

It is potentially now or never for Charlotte: imagine if New York City missed the opportunity to create Central Park some 150 years ago—and tried to engineer one now. Few sites near uptown offer comparable potential and improved quality-of-life impact as the transformation of the railyard into Queen’s Park. Transforming the industrial site will connect to existing infrastructure and build upon investments made in the area. The park will be a catalyst for growth sitting in the middle of a larger area of urban renewal, marked by Optimist Hall, Camp North End, and the North Tryon Vision Plan. Friends of Queen’s Park envisions an expansive urban park that will contribute to Charlotte’s community, culture, and quality of life.

Friends of Queen’s Park asks supporters to post to social media using the hashtag #Tracks2Trees. The public also can show their support by ordering a Queen’s Park t-shirt, donating to the group, or signing up to volunteer on its website.