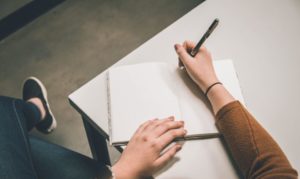 The question of who wrote the Gospel of John is a very tricky one. You may simply answer, “of course, it’s John.”

Yes, of course. But which John? Keep in mind that a handful of names were widely common in the first century of Israel. Some of these names include John, James, Judas, and Simon. The frequency with which they arise in historical writings, including Scripture, often makes it challenging to sort out who is “who.”

In addition, the first-century Jews did not have any last names. Often, a person went by many names. Simon Peter, Peter, Cephas, Simeon, Simon, Simon son of Jonah, Simon son of John—all the same person.

Therefore, who wrote the Gospel of John?

Who is the author of the Gospel of John?

The Gospel of John suggests an eyewitness wrote it to the ministry of Christ. According to the Gospel, “This is the disciple who is bearing witness to these things, and who has written these things” (John 21:24).

It is quite sarcastic that the Gospel of John—of all the four gospels—is the only one that explicitly points to its author, yet it doesn’t name him. You may be thinking, “why?”

In case you didn’t know yet, the author himself was recognized to be the first reader. Therefore, it was not necessary to say his name in a sense, but there might have been other motives. One possibility is that the author keeps himself nameless and unidentified out of humility, identifying himself as the disciple whom Jesus loved.

In addition, it is also highly possible that he’s making himself a symbol—a stand-in for every one of his readers, all of whom Jesus Crist loves. He might have desired to be unidentified, as he was writing in dangerous times so that he did not get in trouble along with the authorities. The tactic might not have worked.

However, if he’s the author of Revelation as well, he ended up being exiled to the island of Patmos. It is quite stimulating to remember that of all the books connected to John, Revelation is the only one that names its author. The most astonishing part here is that the book was written after he’s exiled.

Is it John the Apostle?

The most typical view is that the Gospel of John was written by John the Apostle.

You see, the author narrates himself as the “discipline whom Jesus loved, who had lain close to his breast at the Supper.” (21:20). That seems to put the author among the core group of disciples of Jesus. It’s also a simple step from there to tell that he’s one of the Twelve.

But the main concern here is, which one?

The Gospel of John names different figures and identifies them from “the disciple whom Jesus loved.” Below is a list of names together with their first mention within the Gospel.

The seven of the twelve disciples named might be deliberate. Take note that seven is an important number that yields in unexpected ways in the Gospel of John and Revelation as well. If none of those is the beloved disciple, that only leaves the following members of the twelve:

What about if the relationship of the beloved disciple is intended to be an especially close one? That might indicate he was one of the inner circles of the apostles, whom everyone knows from the other Gospels to have been John, James, Andrew, and Peter.

Andrew and Peter have been removed, and James, the son of Zebedee, was the very first apostle to be killed. Thus, there would be an enduring rumor that he’d love until the Second Coming. Along with the other three main disciples removed, that would point to John, the son of Zebedee.

That’s an interesting case. It’s no wonder that the dominant view has been that John the Apostle was the author of the Gospel of John.

To sum up, the internal evidence leaves small room for doubt related to the authorship of the Fourth Gospel. The author was clearly a Jew of Palestinian origin. He’s also aware of information only accessible to a person who had journeyed with the Lord, and so information is only accessible to one of the twelve. Every apostle is determined throughout the Gospel, along with one exception: John.

The church leader’s tradition followed the apostles’ attributes as well to the Fourth Gospel of John and held an authoritative role in the development of church theology, even so far as to be the centerpiece for the first harmony of the Gospels even written. Such authority wouldn’t have been given to a book with uncertain authorship then, nor should you doubt its authority today.