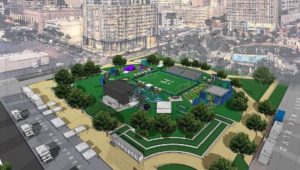 Over the last few years, the largest city in the state in North Carolina, has continued to grow across a wide array of different industries, including, for example, real estate. However, while there have already been indications that the city is continuing to develop, there are several broader markets that could see significant levels of growth throughout the coming years.

As a result, we’re going to look at a couple of sectors that could develop in Charlotte in the 2020s.

Throughout the United States, the laws on online gambling vary depending on state legislation. In North Carolina, the rules regarding this sector are currently somewhat conservative as the region itself has continued to fight against the widespread legalization of any kind of permitted gambling throughout its history.

Although some believe that the US is opening up to the potential benefits that come with legalizing this sector, online gambling doesn’t seem to be coming soon to Charlotte, as the state of North Carolina is strictly governed in this industry. However, there have been numerous pieces of legislation which have attempted to enhance the acceptance and clarity surrounding gambling markets throughout the US.

Regulation Changes in the US

The Wire Act, which was first introduced back in 1961, has recently been revised following the growth of digitalization and the continued evolution of the online gambling industry. Because the act can now be applied to all forms of gambling, there is far less confusion regarding the sector’s widespread legality. Moreover, and perhaps more crucially, is the reversal of the Professional and Amateur Sports Protection Act of 1992. The Supreme Court reversed the act’s restrictive nature and allowed New Jersey to pass its own gambling laws in 2018, allowing local people to legally place bets from their own homes.

While there is little to suggest that North Carolina and, in particular, Charlotte will soften its stance in relation to its gambling laws, the development of the sector in other states suggests that, in time, it’s not impossible for the most populous city in North Carolina to see growth of its own in this field throughout the 2020s.

One sector that certainly looks well set to enjoy sustained growth throughout the next decade is the soccer industry. On the 17th of December, it was officially announced that Charlotte would finally be getting its own Major League Soccer team. One of the main reasons for the state being chosen as the franchise’s 30th club is, by the admission of the MLS commission Don Garber, as a result of the enormous energy and growth that Charlotte has experienced.

After the MLS decided to further the expansion of the franchise from 26 teams in 2020 to 30 in 2021, Charlotte instantly became one of the frontrunners for a place in the league. In recent times, the popularity of top-flight soccer in the US has been on the rise and, following the new-found respect that spectators have for the franchise and its future plans, the league has averaged attendances of more than 22,000 fans during the 2018-19 season, which is a new record.

The inclusion of Charlotte in the MLS is testament to the city’s continued development throughout the last few years. While it’s clear that the soccer industry is growing in popularity across the entirety of the US, the inclusion of Charlotte within the franchise could also see the sector grow significantly from a local standpoint during the 2020s.

A Future of Unknown Potential

Ultimately, the upcoming decade could be one of immense growth for Charlotte. As soccer in Charlotte looks set to reach new, unprecedented heights, the regulations surrounding online gambling remain less likely to change any time soon.

Although the reversal of existing legislation has altered the outlook of gambling within New Jersey, alterations to the laws within Charlotte appear unlikely – albeit, however, not impossible.