The weekend is almost here, and this weekend is going to be especially crazy in Charlotte for both residents and visitors! If you’re not quite sure yet what you will be doing, we got you covered!

Here are the top 5 things to do this weekend in Charlotte; 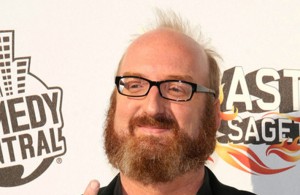 One of the fastest rising comedians is coming to Charlotte this weekend. Comedian/actor/writer Brian Posehn has made appearances on Seinfeld, Friends, Just Shoot Me, NewsRadio, Californication, Everybody Loves Raymond, The Big Bang Theory, Guys With Kids, and Anger Management.

He will be performing 3 times this weekend in Charlotte, tonight, tomorrow night, and Saturday night.

#2 “GreenWater” Rafting at the Whitewater Center

For the sixth straight year, the U.S. National Whitewater Center will be hosting its now famous “Green River Revival” on Saturday, March 12th.

Bringing Ireland to the Queen City, the festivities kick of the festivities at the Color Me Green 5k, where participants will need the luck of the Irish to avoid the green dye as they run through the trails. The fun continues at 1:00pm when the river turns Irish green and live music begins on Belmont Abbey Island.

In what could be one of the greatest concerts of all time, the Charlotte Symphony Orchestra will be playing all of your favorite Boyz II Men hits from the 90s, including; I’ll Make Love To You, End of the Road, One Sweet Day, and tons more.

The epic concert will be held at the Belk Theatre at Blumenthal Performing Arts Center on March 12th, starting at 8pm.

If you see a massive green crowd charging toward you on March 12th, now you know what it is.

If you want to join, your green t-shirt acts as your ticket, for more information and meeting locations click here.

If you love good country cooking and music, you don’t want to miss this festival starting on March 12th at 6pm. It will feature all you care to eat Oysters, BBQ, a low country boil w/ shrimp and andouille sausage – and plenty of drinks!

There will also be plenty of live music, games, and access to all of the Aw Shucks Farm Entertainment and Animal Barn,  Raffles for prizes and more – check out their website for more info or for tickets.

This weekend in Charlotte, Groupon is also offering discounts on;

Hope everyone has an incredible weekend in Charlotte!