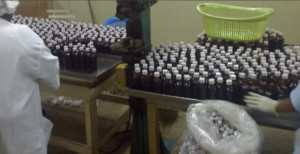 Drug addiction can be a daunting topic to talk about. It is often shrouded in shame and stigma, but the truth is that it affects many people – including your friends, family members, coworkers, or neighbors. Drug addiction has no boundaries; it impacts all socioeconomic classes and races equally. To break down these barriers of shame, it’s helpful to know how you might identify someone who needs help, and what can be done, such as going to rehab, like Divinity Recovery in Los Angeles, or establishing schedules, finding support groups, exercising, and more. This blog post will provide an overview of what drugs are most common among those with substance use disorders as well as some of the risk factors associated with drug addiction. Continue reading to find out what you should know about drug addiction.

What is Drug Addiction?

One of the many difficult aspects for those attempting to maintain sobriety is facing misconceptions about what drug addiction is. Many people are under the impression that those suffering from drug addiction choose to continue consuming, not understanding what it means to be addicted to drugs.

Addiction can be characterized by the compulsive use of drugs that is extremely difficult to control, and drug-seeking behavior, even when in face of harmful and possibly life-threatening consequences. The largest problem that those attempting to maintain sobriety face is the fact that repeatedly using drugs can alter brain function, often in ways that remove inhibitions that help to resist any urges to consume.

It Can Happen to Anyone

Another issue that many who are attempting to maintain sobriety, or quit consuming drugs, is the misconception that certain people are inevitably going to take drugs whilst others are not. While it is true that some people have a predisposition to turn to drug use caused by a variety of factors, the truth is that anyone can become addicted to drugs.

When Is It Most Likely to Happen?

As mentioned above, some people have a predisposition to turn to drug use which is caused by a variety of factors, and there are also a variety of risk factors that can be used to measure whether or not someone is likely to turn to drug or substance use. The first risk factor is genetics, and heredity is likely up to half the reason why someone would suffer from drug addiction, meaning that if someone in the family, such as a parent, abused alcohol, the child would more than likely develop an addiction to something too.

The other risk factor is environmental, which includes the lack of parental guidance or involvement, a traumatic childhood, peer pressure that leads to experimentation, and more. If environmental factors are combined with genetic risk factors, this creates a high predisposition for the likelihood of substance or drug use.

Finally, in addition to the above-mentioned risk factors, namely environmental and genetic, the particular drug in question plays a large role in drug addiction. If you were to consider cigarettes a drug, with nicotine being the most powerful chemical compound, statistics and studies show that after a few cigarettes over a few days, nicotine addiction begins to take hold of a person. Nicotine creates not only a physical addiction but a mental one as well.

Using nicotine as a comparison, some of the other most addictive drugs are heroin, cocaine, methamphetamine, and alcohol. All of these drugs not only create a physical addiction, but also a mental one. This means that after consuming a few times, the body itself begins to crave the drug. More than this, the person begins to consciously crave the drug. And withdrawal symptoms that take hold after no longer using drugs can often be painful, which leads the person in question to want to use the drug again to remove the feelings of pain, restarting the addiction cycle.