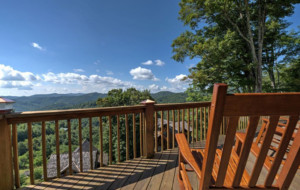 If you’re in the process of planning your first trip to Gatlinburg, you’re in for a treat. This area of the country is scenically beautiful and also has a lot of shows, attractions, dining, and lodging options.

If you’re getting started, there’s so much to do that you can even end up feeling a bit overwhelmed.

The following is a guide to what you should know for your first trip, or even if you’ve already been to Gatlinburg a time or two.

Gatlinburg is in East Tennessee. It’s the busiest gateway to the Great Smoky Mountains National Park, which is the most-visited in the country. Gatlinburg is close to Pigeon Forge, another popular resort area.

The resort city is less than 40 miles southeast of Knoxville, and it’s along U.S. Route 441, which connects to Cherokee, North Carolina.

You can learn more about local Appalachian culture in the area, and there’s also a thriving arts scene, as well as tourist attractions.

Before Gatlinburg was one of the country’s most popular vacation destinations, it was a small town called White Oak Flats. The history of Gatlinburg, as we currently know it, started in 1854. A man named Radford Gatlin moved in and opened a general store. Then, he opened up a post office within the store, and that’s when the town’s name was changed to Gatlinburg.

By the early 1900s, there were logging companies buying land in the area. As a result, there became an aggressive push to protect natural areas. As part of that, in 1934, the Great Smoky Mountains National Park opened. That year, there were an estimated 40,000 visitors, and by the next year, that soared to 500,000.

The tourist trade grew in Gatlinburg over the years to keep up.

What to Do in Gatlinburg

The hardest part of planning a trip to Gatlinburg is narrowing down how you want to spend your time because there are so many options.

Some of the many available options include:

You have plenty of options as far as where to stay in Gatlinburg since it is such a visited location for tourists from around the country and the world.

There are hotels and lodges, as well as condos.

One option that’s especially popular in the area is to rent a house or cabin. You can find some options with beautiful views and amenities like hot tubs.

There are also campsites.

Finally, the Gatlinburg area’s peak season is usually from June through August and also in October. The summer is popular because the temperatures stay somewhat cool, and October is a favorite because of the colorful fall foliage.

If you want to beat the crowds, slower months include February and March, April, May, and September.

What are the Best Ways for Shark Fans in Charlotte to Enjoy these Majestic Creatures?

Get Ready for Festival Season with These Tips and Tricks