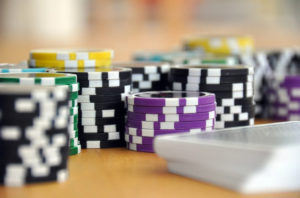 A card game that has stood the test of time, Blackjack has grown in popularity since it first hit the casino floor in the 1700s. Since then, players from all over the world have sought out a game or two each day, in physical casino venues, or virtually within an online casino lobby to play a game of live Blackjack.

For those that are yet to play their first hand, let’s delve into the history of Blackjack, whilst also learning how to play.

Scroll to find out more.

As mentioned above, Blackjack dates back to the 1700s, in France. However, back then, Blackjack wasn’t known as Blackjack, it was in fact called Vingt-et-Un, which translates to Twenty-One.

For many years the game was played in France, but eventually travelled to many countries around the world. It wasn’t until it reached American shores, thanks to French colonists, that the popularity of the game grew further.

In the 1800s, a skilled dealer who was classed as a rarity amongst others, Eleanor Dumont, immigrated from France to America. It was here that Dumont toured the states, introducing more people to Twenty-One. It wasn’t long until Dumont decided to put down roots and open her own establishment dedicated to the game, which was ironically called Vingt et Un. The venue in Nevada City, California, soon saw an influx of players visiting from all over the country to try their hand at the game.

Fast forward to the 20th century, where some casino establishments decided to promote many of their games on the lobby floor by offering unique offers. . One of these promotions was called Black Jack – if a player held a hand equalling 21, comprised of an Ace of Spades and one of the two black Jacks in the deck, they would win an extra payout. This proved very popular with many players and as the promotion faded, the name stuck.

The aim of a game of Blackjack is simple – to hold a hand of cards that equal 21, or come as close as possible, without exceeding 21, whilst also beating the total of the dealer’s hand, too.

Firstly, let’s learn more about the value of the cards within the deck:

All numbered cards hold the value of the number displayed on the card. Royal cards (Jack, Queen and King) hold a value of 10. The four Aces on the other hand, hold two values; one and 11.

To start a game, the dealer will issue two cards to you and two for themselves. Your cards will be dealt face up, whereas only one of the dealers will be face up, and the other facedown. This will only be revealed once you have made the dealer aware you are happy with your hand.

After totting up your cards to find the value, if you feel you can add another card into your hand to help get you closer to 21, you can ask for a ‘hit’. If the addition of a third card takes your total over 21, you lose instantly. If it gets you to 21 or just below, let the dealer know you want to ‘stand’. If you are still no closer to 21 and feel another card could help you to reach 21, ask to be ‘hit’ again.

Once you’re happy with your hand and let the dealer know, they will then turn over the facedown card. It is in this timeframe that the dealer will decide if they need another card added or not in order to try and reach 21. When the dealer is happy with their hand, whoever has the highest valued hand, without exceeding 21, wins the game.