While the Charlotte housing market shows signs of softening, homes in the region that are priced affordably are becoming increasingly difficult to find.

Home buyers and renters in the eight-county region are entering a second year of high prices and a lack of affordable housing, according to the “2022 State of Housing in Charlotte Report,” which was released by UNC Charlotte’s Childress Klein Center for Real Estate (CKCRE) this week. 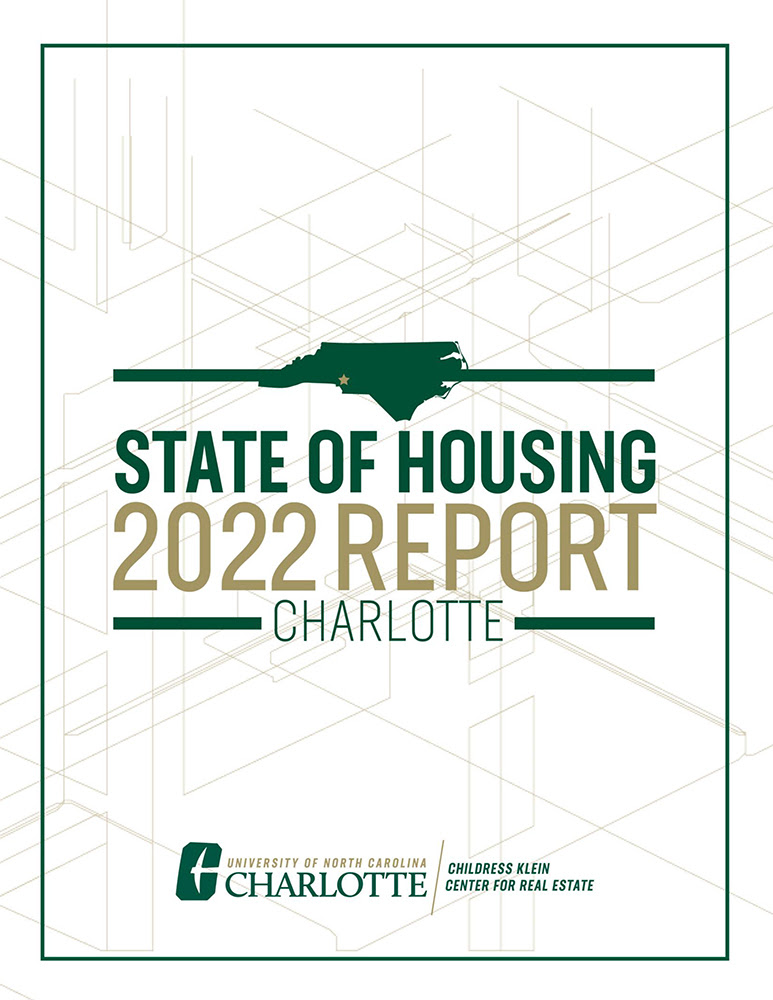 “In particular, the prices at the lower end of the distribution have increased much faster than at the higher end, causing significant concerns for housing affordability in the region,” said Yongqiang Chu, CKCRE director and the primary author of the housing report.

Key takeaways from the report:

CKCRE’s 2022 research report also includes an in-depth review of housing in the Charlotte region over the last 20 years.

The report, which pulls from seven primary data sources, focuses on Mecklenburg County and the seven counties that surround it: Cabarrus, Gaston, Iredell, Lincoln, and Union counties, as well as Lancaster and York counties in South Carolina.

The report was released at the 2022 State of Housing in Charlotte Summit. The summit also included an industry panel discussion that focused on affordable housing.

First released in 2019, the report is part of a multi-year project, led by Belk College of Business faculty, that serves as a critical piece of research and starting point for discussion regarding housing policy in the Charlotte region.