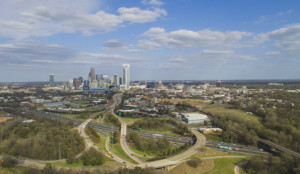 The economy of the United States and North Carolina continues to accelerate and could be headed into the longest economic expansion on record within the next six months, UNC Charlotte professor and economist John Connaughton says.

“With the national unemployment rate consistently below 4.0 percent, more job openings than job seekers, modest interest rates (in a historical context), and continued consumer optimism, it will take a considerable negative event to slow the economy,” Connaughton said. 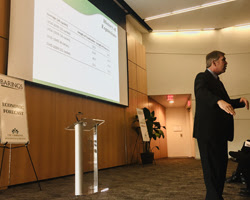 It remains to be seen if this economic growth from the tax cut can be sustained over the long term, Connaughton said. “The bump up in the state’s GSP growth experienced during the second through fourth quarters of 2018 is likely temporary and is expected to fall back to a more modest rate of growth by 2019.  The 2018 bump up resulted from the fiscal policy tax rate decreases and an initial response to the rollback of government regulations on business. By 2019, the overriding longer-term forces of stagnant labor force growth and modest productivity growth will dictate a slower potential GSP growth rate.”

The economic outlook remains positive. The Consumer Confidence Index remains high, Connaughton said. In November, the index reached 135.7, down slightly from the October index of 137.9.

93,753FansLike
35,653FollowersFollow
23,081FollowersFollow
1,540SubscribersSubscribe
Do you have an upcoming event in the Charlotte region that you think should be on our calendar? Click here to let us know about it!