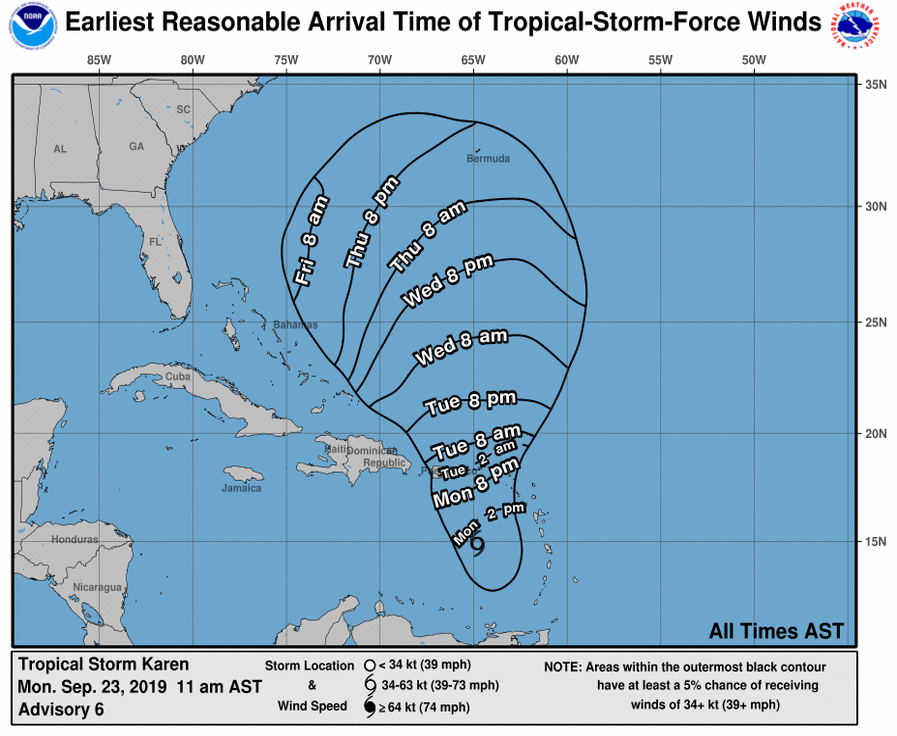 Tropical Storm Karen is now showing possible signs of affecting the Carolinas this weekend into early next week.

The storm is currently forecast to stay weak until it moves past Puerto Rico Tuesday night. It is then forecast to strengthen as it enters the open waters north of the Caribbean.

According to the latest outlook by the National Hurricane Center:

After 72 hours, the storm is predicted to either stall or push due west into the southeastern seaboard of the United States.

According to the Miami Herald, Karen is forecast to be near hurricane strength by the start of this weekend, with “maximum sustained winds near 70 mph”.

We will update this article as Karen develops.