If the system is able to whip up sustained winds over 39 mph, it would be officially named Tropical Storm Fay, the fifth name for 2020, after; Arthur, Bertha, Cristobal, Dolly, and Edouard.

The National Weather Service is currently giving the system a 40% chance of developing into a storm over the next 5 days. 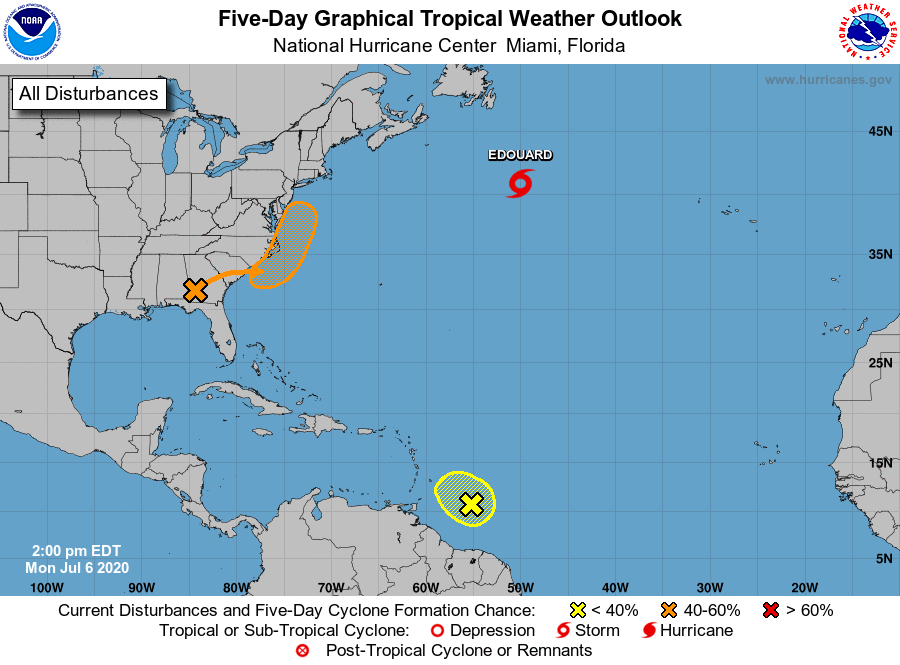 We are watching for potential tropical development along the Southeast Coast over the next couple of days. Day 1-3 QPF shows at least 1.00″ of rain for much of the area. Warmer sea surface temperatures along the Gulf Stream will allow for further development. #gawx #ncwx #scwx pic.twitter.com/bQRJ7Oxj4t

This morning the National Weather Service issued the following warning:

Here is the current and future radar of the system: