TS Elsa is unleashing devastating conditions across Cedar Key, FL. This definitely does not look like a tropical storm. #Elsa pic.twitter.com/boHVgNsYEA

The storm is now barreling toward the Carolinas and is expected to travel directly over Charlotte tomorrow morning, bringing damaging winds, flash flooding, and possible tornadoes. Elsa has now been downgraded to a Tropical Storm as several land masses in the Caribbean slowed it’s top wind speed.

The trajectory of the storm is now expected to cross over both Carolinas this coming Thursday: While Elsa has now been downgraded to a Tropical Storm, there is still a chance it could strengthen back to a Category 1 storm and potentially plow through the Charlotte region with hurricane force winds. Tropical Storm Elsa has just been upgraded to Hurricane Elsa. The storm has also increased it’s velocity and tightened its trajectory with most paths heading for the Carolinas: According to the National Hurricane Center:

A rapidly developing tropical storm in the Atlantic Ocean is barreling toward the Carolinas and could make landfall in the southern tip of Florida as early as next Tuesday.

According to the National Hurricane Center:

Most of the current track models show the storm impacting the Carolinas by the end of next week: 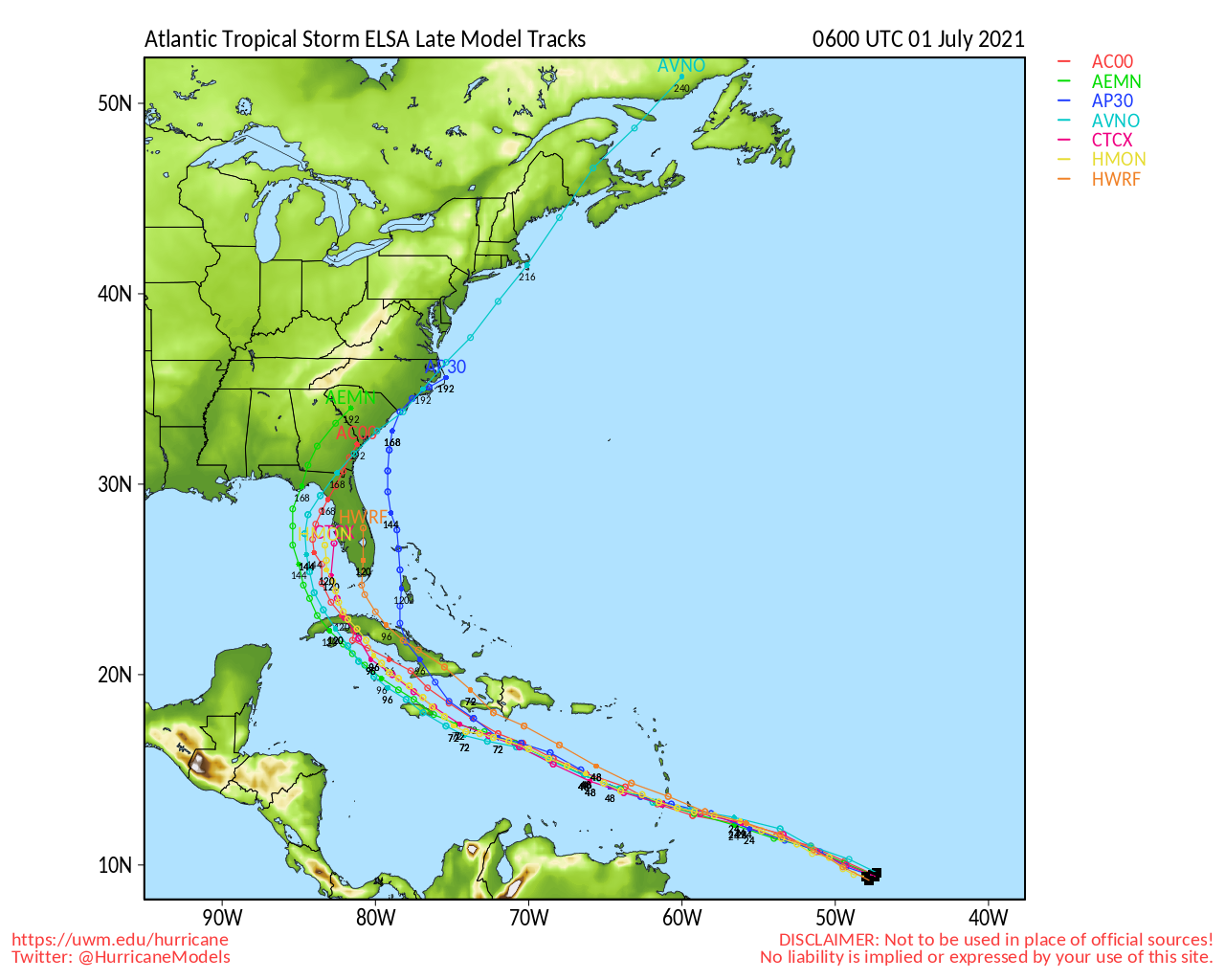 The Atlantic Coast hurricane season for 2021 runs from June 1st through November 30th.