A State of Emergency has just been declared for North Carolina due to the possible impact of Hurricane Dorian next week.

“As Hurricane Dorian approaches, North Carolina is under a state of emergency and our price gouging law is in effect,” said Attorney General Josh Stein. “It is illegal to charge excessive prices during a state of emergency. If you see a business taking advantage of this storm, let my office know so we can hold them accountable and protect you from price gougers.”

According to Ventusky.com, the eye of Hurricane Dorian should hit the coast of North Carolina on the afternoon of Thursday, September 5th.

The National Hurricane Center is forecasting the storm to make initial impact near West Palm Beach, FL, then hug the coast until it reaches the Outer Banks of North Carolina next week. North Carolina’s Department of Emergency Management is recommending having emergency supplies ready before the storm hits.

Heading into the weekend, we are watching Hurricane #Dorian. Even though its forecast track directly impacts FL, it is always a good idea to be aware of storms and to stock up emergency kits. Keep an eye on our channels for updates and visit https://t.co/FJNQAdJCes for tips. pic.twitter.com/LPonoqq6cL

In case of a power outage, make sure to have the following emergency items stocked in your home (available via 2-day shipping on Amazon.com if your local store has already been cleaned out);

The National Hurricane Center just released a public advisory for the Southeastern seaboard with updates on Hurricane Dorian.“Maximum sustained winds are near 110 mph (175 km/h) with higher gusts.” The advisory also notes that “Dorian is expected to become a major hurricane later today.” The full extent of impact remains unclear, as the storm could still swing its path toward the top of Florida or even the Georgia or Caroliana cost as it picks up strength in the warm waters around the Bahamas.

Tropical Storm Dorian has shifted its course slightly to the East and at this point it looks like it will avoid the mountains of the Dominican Republic. The storm will now have a greater chance of picking up strength in the open water as it heads toward the East Coast.

Most paths on the GFS model now show the storm hitting the Carolinas at some point, either directly, or after it passes through Florida or Georgia. The intensity model now shows the possibility of the storm reaching Category 4 levels by this weekend. Tropical Storm Dorian has mostly maintained its course toward the Eastern Coast of the United States. The majority of paths on the GFS model now show the storm hitting Florida, Georgia, or South Carolina; A new storm is gaining strength in the Caribbean and could be heading for the Carolinas next week.

The National Hurricane Center has just upgraded Dorian to Tropical Storm status and is predicting it to increase to a Category 1 Hurricane by this coming Tuesday; 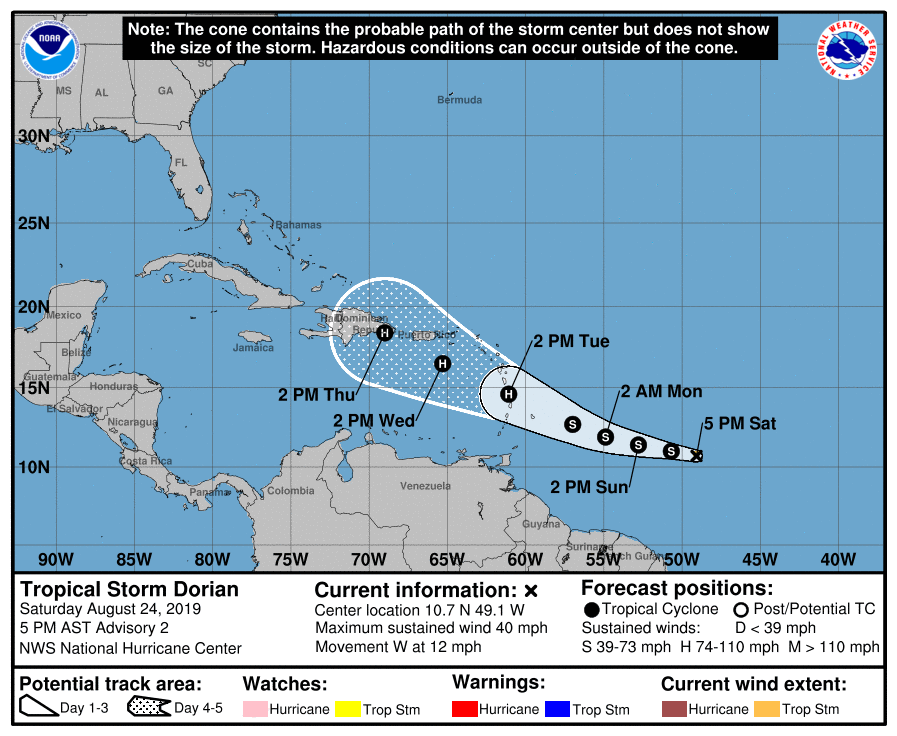 It is still fairly early to predict the storms path after it hits the Dominican Republic, but one of the models shows the storm hitting Charleston and heading up toward Charlotte by next weekend; 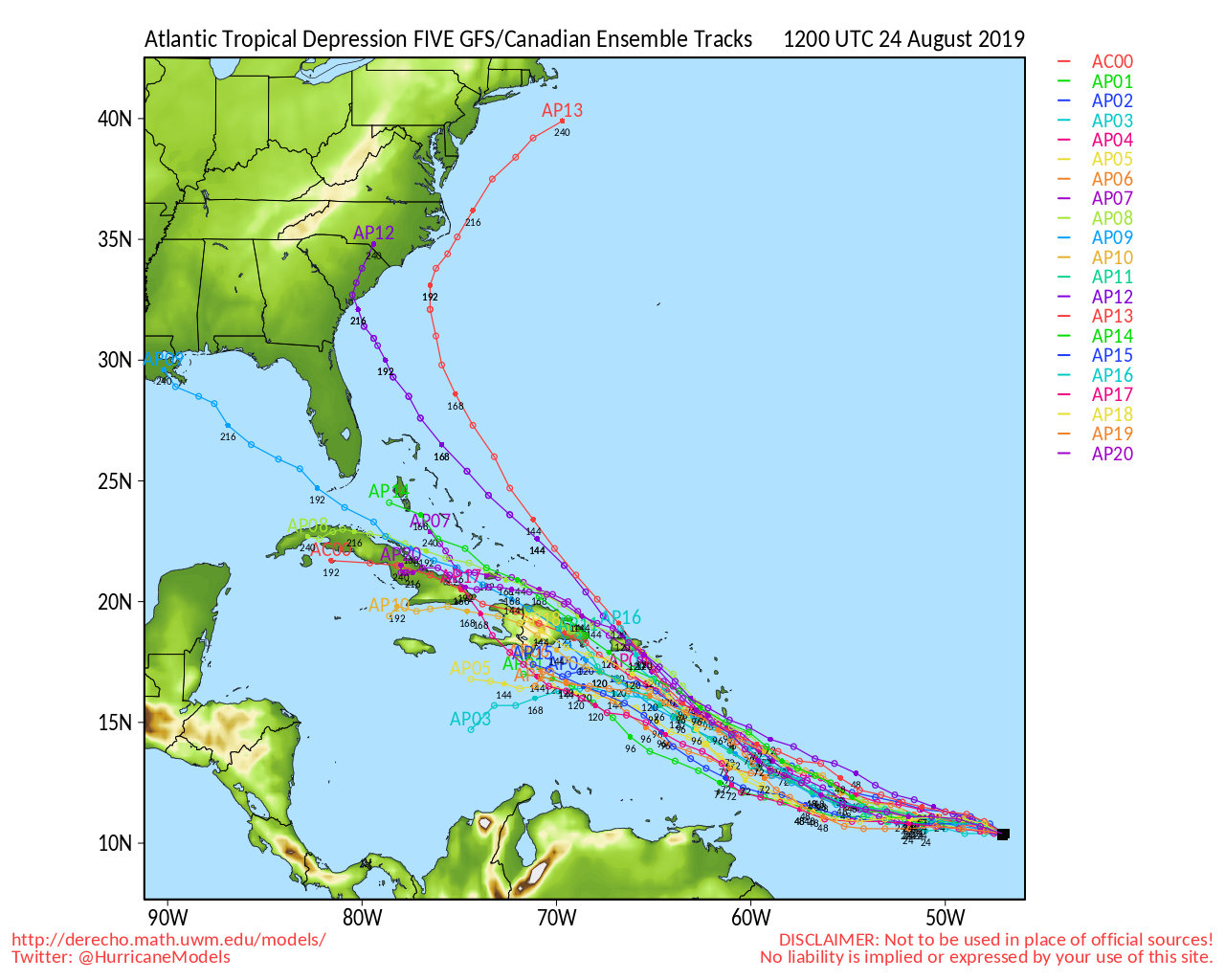 Charlotte city officials are reminding residents that “September is National Preparedness Month, so now is a great time to think about preparedness and safety for all emergency situations.”