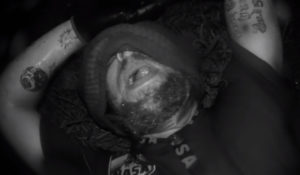 What’s now being called the scariest haunted house in America is offering guests $20,000 if they can make it all the way through without quitting. The place is called McKamey Manor and it’s located just outside of Nashville, TN (about 300 miles west of Charlotte).

Before you get too excited, know that no one has successfully made it through the manor in over 2 years.

The manor also requires visitors to complete a 40-page waver, a physical exam, and even have a doctor’s note with them before they are allowed to enter.

Each guest is filmed during their journey for their own protection, and for the protection of the owner, Russ McKamey. Russ has already been sued several times for things people claim were done to them in the manor that do not appear on the video.

Several clips from previous guests are included in the following film that visitors are required to see before entering:

In addition to watching the above video, the McKamey Manor also requires that potential visitors:

Be 21 years old or older, or 18-20 with parents approval
Completed “Sports Physical” and doctor’s letter stating you are physically and mentally cleared
Pass a background check provided by McKamey Manor
Be screened via Facebook, Facetime or phone
Proof of medical insurance
Sign a detailed 40-page waiver
Pass a portable drug test on the day of the show

If you think you are braver than all those who have gone before, you can click here to proceed.