Using data from the Bureau of Labor Statistics (BLS) and projections from the government-backed Projections Managing Partnership (PMP), Yahoo Finance just released the fastest-growing jobs in each state.

North Carolina joined Florida, California, and several other states in having ‘Solar Panel Installer’ as the fastest-growing job in the state; 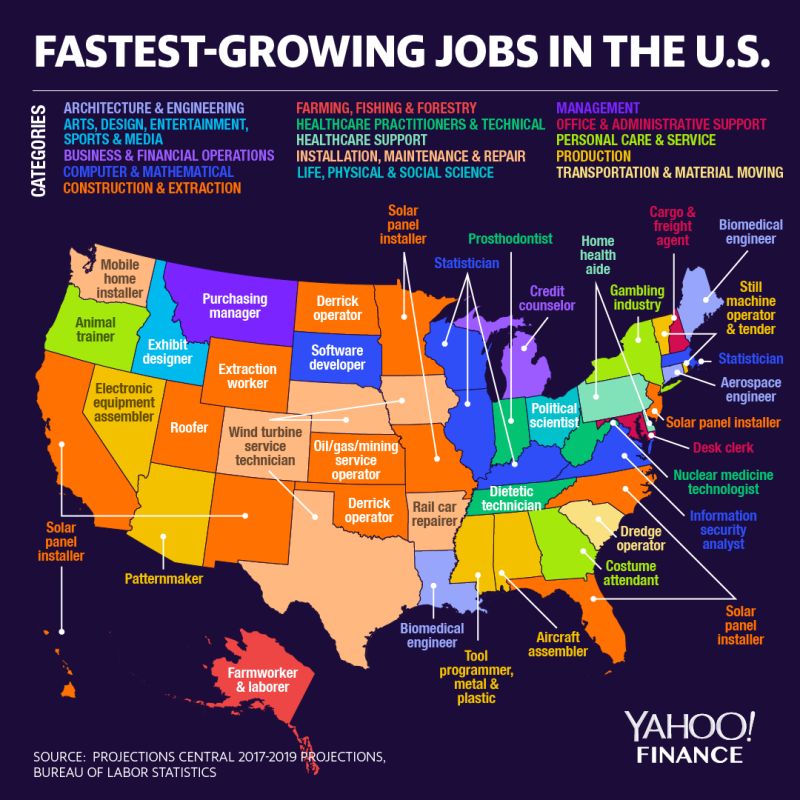 According to Yahoo’s new report, “A solar panel installer is the fastest-growing job in eight different states, including California, Hawaii, New Mexico, Florida, North Carolina, Missouri, Minnesota, and New Jersey. It is also known as a “PV installer,” and “assembles, installs, and maintains solar panel systems on rooftops or other structures.””

North Carolina is second in the nation for overall solar capacity. Currently, in North Carolina, there are over 6,000 residents with private solar systems – with a total capacity of just over 50 megawatts.

New solar systems can now be purchased for between $1-$1.50 per watt here.