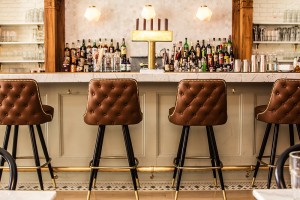 A small restaurant in Davidson has just been ranked among the best in the nation.

The NY Times just released their list of the 50 best restaurants in America for 2021, and after tens of thousands of eateries were considered, Davidson’s own Kindred Restaurant landed among the top.

In their write-up about the top-ranked eatery, the NY-Times says:

“In 2015, Joe and Katy Kindred left their restaurant jobs in San Francisco and moved the family to his tiny hometown, Davidson, N.C. They opened Kindred, where dishes like North Carolina flounder with shelling peas mingle on the menu with crispy eggplant and labneh. They hand-batter chicken strips for kids, and fry potatoes in duck fat. For a bonus, try Milkbread, their new all-day cafe named after their signature loaf. The menu features milk-bread doughnuts and monster fried-chicken sandwiches, which they started selling to keep them afloat during lockdown. All are great reasons to drive a half-hour north from Charlotte to eat.”

What do you think about Kindred?