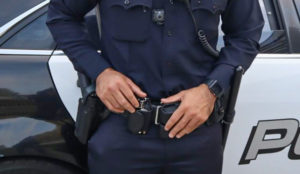 The work of the police has always been a controversial topic throughout human history, for as long as organized police forces have existed. This has become particularly obvious in the last couple of decades, as the internet has exposed the various attitudes on the subject around the world. And it’s interesting to watch the shift in those opinions through time, because they have definitely not remained static. In the last few years particularly, a lot has been said online about the subject, and many people seem to have started to open their eyes to the necessity of the profession that they consider so “evil”.

More and more people are actively exposed to the intricate details of police work nowadays. It’s not just the internet either – although it’s certainly in the center of it all. Bodycams have become standard practice in many parts of the world. Police have started to interact with people more openly, and have been engaging their communities in more creative ways. This has all led to an improvement in the way the average person treats the police forces in their area, because more people now understand the challenges that officers face every day on the job. And more importantly, people are starting to wise up to the fact that officers are facing those challenges for the good of that average citizen.

Social media has also played a major role in these shifts. Many police departments have established an active presence on various platforms like Facebook and Twitter. Even individual officers sometimes engage their communities in this manner. And this has paved the way for a more down-to-earth dialog that was just not possible before. People can ask random questions without having to go through the challenge of attending a police press conference or something similar, and they can get personalized responses within minutes.

There has been a rise in the number of programs and organizations designed to assist officers in their lives and work as well. Take a look at https://nationalpolicesupportfund.com/ for a more popular recent example. And this is likely just the beginning. There are many reasons to believe that we’re going to see even more improvements in this regard, and police officers are going to have a stronger support network available beneath them. It’s now becoming possible for the average person to get involved in this network as well, and we’re seeing a strong trend of engagement from many sides in this regard.

Is all of this indicative for how things will be in the future? It’s hard to tell. The general attitude towards police officers has been a bit of a rollercoaster over time, but there is a noticeable upwards trend in opinions recently. Hopefully it continues to evolve, because having a good understanding between citizens and figures of authority is crucial for society as a whole. And it takes efforts from both sides, which is why it’s good to see that both are paying attention to the situation as of late.