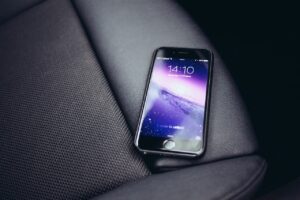 We’re in 2022 and whether you’re thinking about switching phones or just want to be aware you’re in the right place with the mobiles coming out this year. Of course, poison-expensive high-end mobiles are coming, but the year 2022 looks pretty good even in search of a good price/value ratio in the middle and lower categories. As we move forward in time, the supply is colored by means such as folding, opening, rolling, and so on. etc. phones.

Phones are part of our daily lives, we use them for communication, entertainment, photos, and so on. The fact that they have so many useful apps makes our life easier. But to run everything smoothly you will need a good chipset, not just an attractive design. And let’s not forget about the battery and screen quality. You want your phone to be reliable and useable for as much as possible. So the next time you play online roulette you can enjoy it as long as possible, with the best screen resolution out there. Without further ado, let’s jump in and see what phones will be available for us this year.

Let’s start with the big Korean company, which is also preparing some “snacks” for us at CES. It’s quite likely that the manufacturer will unveil new members of the mid-range A-Series at the Las Vegas event, but it’s also inconceivable that a cheaper version of last year’s top mobile, the Galaxy S21, the Galaxy S21 FE, will finally be unveiled.

The A53 will look pretty much like its predecessor, maybe a little more square. Also, it may be a rumor for many that the 3.5mm Jack connector will disappear. RIP. According to the leaked information, the Exynos 1200 rumbles under the hood of the phone, with 6GB of RAM and 128GB of storage attached. Of course, the last two specifications can be expanded to 8/256, but we’re waiting for the release. The display shows 120. It will be an AMOLED Hz, so we won’t be disappointed in that either.

There will be two major events within Samsung’s telephone ranks in 2022. The first will be the S-Series in the first quarter, followed by the summer event, which will focus on the bendable Z-Series – of which we know little else. I wouldn’t write details about the S series because we’ve provided a wealth of information and leaks about it, all of which can be found on the site.

What else awaits us from Samsung could be listed through pages. What is certain is that almost all of the existing models will receive an update.

Apple’s smartphones traditionally appear in the fall, so we know almost nothing about them yet. One of the biggest rumors is that the notch will disappear and the self-contained camera will be in a hole integrated into the display (we give it a 0% chance – ed.).

There is a chance that the cheap iPhone, ie the SE variant, will arrive again this year. We don’t dare say this to 100%, it will, but we give it a strong 60%. Externally, there’s a good chance you’ll get the design of the iPhone X, but the hardware will already be a “mixed bazaar,” topped by an Apple A15 Bionic processor that will retain the spirit of performance.

The new iPhone series is sure to come in the fall, but we literally know nothing about it, only airborne rumors are available that we won’t add.

It’s even weird for me to have to mention this brand among the world’s largest smartphone manufacturers – even though I could have really gotten used to it already. The Chinese manufacturer, which has become one of the world leaders in a few years, has just shot its deadliest ammunition in recent days, releasing the Xiaomi 12. However, this can still be considered a 2022 release, as virtually no one has yet taken possession of the device, and delivery will only begin this year. The top mobile received Qualcomm’s latest flagship, the Snapdragon 8 Gen 1. However, this is not true for the Xiaomi 12X, which received the 7nm Snapdragon 870 chip. An accurate account will also be made of Xiaomi’s latest high-end phones, which will be featured on the site soon.

Let’s not miss the Redmi and Poco products, which also exist as sub-brands of Xiaomi. These phones will also get a lot of upgrades, plus we’ll be great at the price with them, given that their device gets in almost every price range, from the lowest category to the top.

Of course, the big cannon with the Snapdragon 8 Gen 1 also arrives on the Motorola front. The Motorola Edge X30 comes with a good chance of a 144 Hz 6.7-inch OLED display and everything else we could get used to from a high-end phone.

You can also expect smartphone warfare in this category from this manufacturer. We don’t know exactly what these will look like and what they will look like for the time being, but if you want to stay up-to-date, you may want to keep visiting the Tech Guide, as you won’t miss an important appearance or news.

Like many other manufacturers, OnePlus has given up its physical presence at this year’s CES. It will be virtually there, but it will be of much less interest to anyone than a personal presence. In 2021, the manufacturer left the new T-model out of its portfolio, meaning there is a very good chance it will appear this year.

The new pieces of the 10 series are also on the table, of which a basic and a Pro version are planned. In terms of pricing, experts are predicting a band of roughly a thousand euros, but there is no need to worry, the affordable (but even strong) line will also be represented, mainly by the Nord product line. Predicting exactly what these phones will look like is almost impossible, as is when – not all manufacturers have a well-established “appearance period” like Apple’s.

As we’ve already reported, the Realme GT 2 is coming, and it’s the company’s top phone. For this, he deservedly received the much-mentioned Snapdragon 8 Gen 1 SoC. It can also be associated with up to 1TB of storage and 12GB of RAM, depending on whether the leaked information is true – we think so.

It is especially worth paying attention to this manufacturer if you are looking for cheaper devices, although it has a number of good value-for-money devices. All indications are that it will continue to do so in 2022, although there is a big enough trend among Chinese manufacturers to sell only cheap mobiles first and then crawl higher and higher in the categories.

Even a BBK brand that, however, has perhaps more exciting developments than their peers. A good example of this is the long-rumored rumor of a foldable Oppo mobile, and it could show up again this year. If that weren’t enough, the company is also involved in projects like augmented reality glasses – and yes, this year, if we’re lucky, it will also show up.

Going back to phones, Oppo is not very exciting in this area, but it offers its products at a good price.

In 2021, Huawei held two major telephone events. They first announced their P50 phone, but this top-of-the-line device was intended exclusively for the Chinese market, there too in limited numbers. However, the beginning of 2022 could be a watershed, as the manufacturer promised to release P50 globally by this time. This does not guarantee that the P50 will be available at home, as the product range is quite narrow.

Huawei’s fate could be detailed in great detail, given, for example, the US restrictions or the manufacturer’s “scandals.” But that has no place here. We don’t see a realistic chance that their share of phone sales would increase in 2022, however, the well-proven Counterpoint Research will certainly release your analyzes, which we will share nicely with you.

It is not worth setting too high expectations for this manufacturer, it does its thing, it snatches a piece of cake from the smartphone market and it suits it that way. As an independent manufacturer, Honor has presented two series so far, the Magic 3 and the 50.

At the beginning of 2022, the manufacturer wants to bring the Magic 3, which is intended to be the top device in Europe, but it is worth paying attention to the middle class here as well, as the Honor 60 is coming. The chip will definitely be updated, or maybe 1-2 changes will be made, but none of them are significant.

Let’s not forget the long-standing (and present – but not in the mobile market) Japanese company that still makes mobiles, into four categories:

If they continue to release their phones in the future according to their best practice, the 20th, 5th, and 10th generations will come in 2022.

Google has released new Pixel phones this year that perform well in the tests. It’s very important to mention in this regard that the company switched to a self-developed processor for phones this year, and that’s none other than Tensor. This project is sure to continue in 2022, and we are curious to see what they get out of it.

And at this point, let’s say goodbye to LG as a smartphone maker, because as we’ve known for a long time, this company has stopped making smartphones. My first high-end phone that year was an LG G2. Heaven with you LG, we loved you!