Lending Tree just released their list of the most and least expensive cities in North Carolina for housing.

The report surveyed the largest cities in North Carolina and found that, on average, renters spend 31% of their income on housing, while homeowners spend just over 18%.

The U.S. Census Bureau notes that when housing expenses exceed 30% of a household’s total income, those households are considered ‘cost burdened’. The report used that 30% mark to evaluate which cities in our state are the most and least affordable for both renters and homeowners.

The report found that the Charlotte region had some of the most affordable to rent cities in the state, including #1 Cornelius and #5 Mooresville, as well as the least affordable to own city in North Carolina; 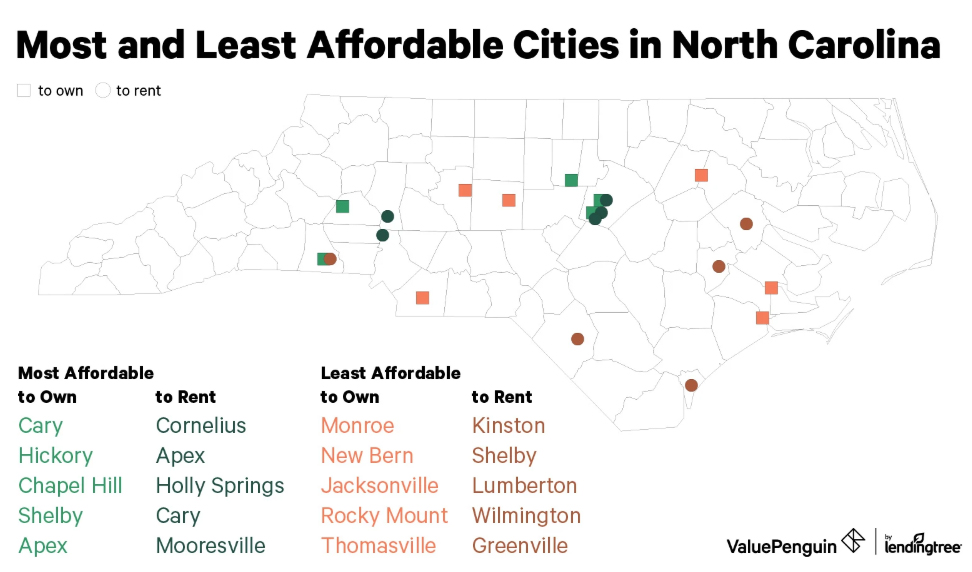 They found that Monroe is the least affordable city for homeowners in the state due to the fact that residents spend almost 24% of the income on housing costs per year. Since their median income is about $56,000 and their average mortgage costs are $1,107 per month, they have the highest ratio of incoming to mortgage costs in our state.

In comparison, homeowners in Concord, the city with the next highest monthly costs, have a median income that’s nearly $30,000 more, giving them a much more manageable housing debt-to-income ratio.