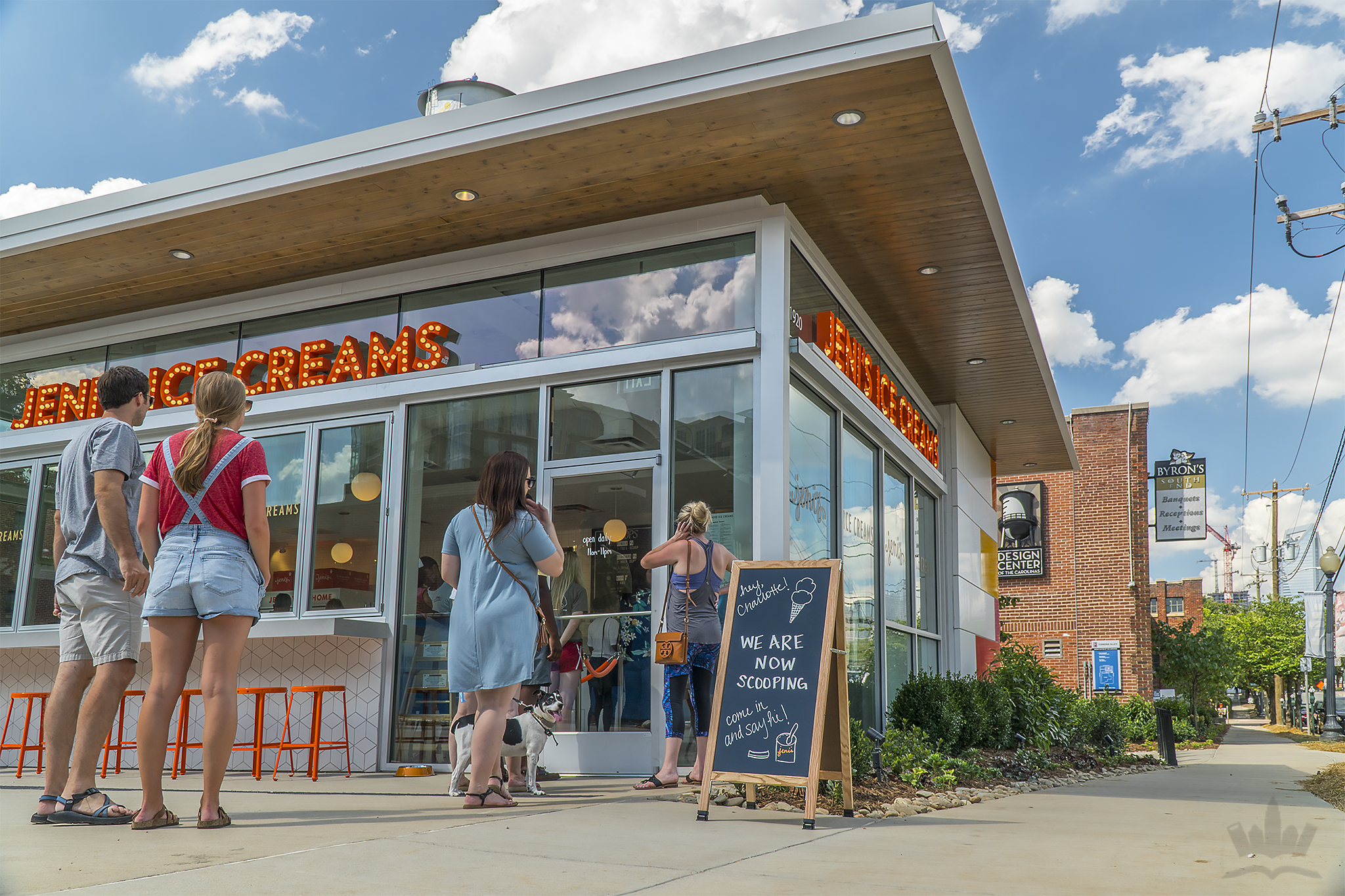 One of America’s most legendary ice cream shops just started scooping ice cream in South End for the first time today as part of their soft opening – they’ll hold their official grand opening on Aug. 9 at 11 a.m.

According to Jeni’s Splendid Ice Creams’ website, it will be their first ice cream shop in the Carolinas, “located on Camden Road in the historic South End development, Design Center of the Carolinas.”

Jeni’s Splendid Ice Creams was first launched in Columbus, Ohio in 2002 by Jeni Britton Bauer. Her unique ingredients and creations quickly attracted a devote social media following and even landed her a James Beard Award – a true rarity in the ice cream world.

Pretty sure my office desk is closer to @jenisicecreams front door than the light rail is. Welcoming another new much anticipated place to the Design Center, send help. 🚨Soft opening going on now (anyone is welcome), grand opening: August 9th! . 🍦Wildberry Lavender. 🍦Sweet Corn w/ Blackberries

To celebrate their first North Carolina location, they’ll be giving away free ice cream from tomorrow through their grand opening at the following locations;

If you can’t make it to one of the above events, you will still be able to try their ice cream before their grand opening by picking up a pint ($10.99 each) at Publix, Whole Foods, Reid’s, Earl’s, Dean & Deluca, Common Market, Earth Fare and Fresh Market.

Have you tried their ice cream yet?