Technological Progress Is Leading Us to Regress 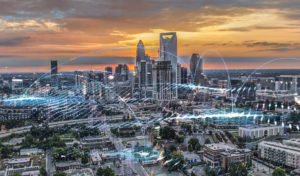 Here is the idea in question:

“Every progress is also a regress. There is always progress present in our lives, and it has a certain sense. But since life as a whole does not make sense for many people, it does not even progress.”

A somewhat tricky statement, but it is spread worldwide.

Someone might think: “How is it possible that progress leads us to regress”? Well, you may just look around, not too far from yourself. Almost everything that humanity creates in the name of progress generates a regress as a direct outcome.

Each step leads us to something positive or negative. The greater the progress of science or technology research, the greater the regressive effects that hit humans.

Why so? The answer is simple: we should live to live, not to be part of a paradoxical system that uses us as elements of evolutionary development. By running quickly on this track, we guarantee ourselves the lack of meaning in life.

On the contrary, going back to a human dimension is what gives us a real progress. Unfortunately, however, the path started is unstoppable, unless there is an event that affects enough people to make society revise their steps.

The Dark Side of the Progress

Let’s realize one thing: a man once needed machines to live better. Today it is a technological system that uses men to feed and progress. Do we depend on technology, or is it the other way around? What could happen if, suddenly, we all stopped using all the devices and machines?

Here are some practical examples. Entering a pharmacy is a frequent thing many of us do. Less common (but still real) is the fact that modern pharmacies might be blocked if the connection to digital systems is unstable or absent. No medicines — they can’t be provided because the pharmaceutical systems are connected to the web — it is a real disaster.

Now, let’s change the sector and enter the post office or bank — same story. After waiting for several minutes or even hours, our turn comes and … nothing. The employee rolls his eyes and, with an eloquent expression, makes us understand that the line has been blown: no operations at the counter. Those who have an online bank account can tell about such negative experiences of all kinds. For example, such as those related to new security systems, which, in some cases, have not allowed many customers to access their private accounts due to “Safety Systems adjustment problems.”

Let’s move on and talk about taxmen? Here we could open a very large chapter. With the new measures to combat tax evasion, sophisticated algorithms merged with artificial intelligence systems, which work to flush out those who don’t pay taxes. This intrusion into the most intimate folds of our existence has already provoked “ignoble actions” that were reported in the national news: a 47-year-old journalist, who had undergone chemotherapy because of breast cancer (and lost her hair) had purchased a wig for 300 euros.

To undergo the necessary tumor removal more urgently, she had decided to pay for the surgery at a public hospital. What happened? She went through flushing out! She was subjected to a tax audit, and had to explain the reason for such expenses incurred as if the lady had swindled the tax system by spending her money on perfumes, best electric bikes under 500, or toys …

This story is the counter-proof of how necessary the human element is to reasonably evaluate who to hit and who not to.

But let’s talk about another theme that is always linked to the progress leading us to regress: children.

Once, technologies came into the world and were a joy for everyone: they cared for, fondled, educated, raised with love. Today, they come into the world with parents who are often too busy working. Once the postpartum period is over, parents return to their everyday life, to the extreme rhythms, and, consequently, to having less and less time to spend with their offspring. In moments dedicated to the family, the issues of tiredness and stress attack parents who, in order to keep their children calm, don’t provide them with attention but put the latest Smartphone or tablet model in their kids’ hands. “So, are you good”!

Translate that as “So, don’t bother me!” This way, little children live their lives being more and more detached from reality, staring at the screen of a cell phone for hours. They are estranged from the real and exciting world and will grow even more estranged. Moreover, as it is confirmed by recent research, now, many teenagers do not even know what an adequate human contact means. They spend their days communicating exclusively via online chat and never call each other the phone.

And now, think about the fact that, in the evolutionary path of mankind, it took us thousands of years to produce our first words.

The technological progress is taking us back thousands of years, but with a few critical issues: we understand that once humans were able to do things that are unimaginable for us today. They knew how to walk thousands of kilometers despite bad weather; they knew how to hunt, fish, get food, light a fire, build a shelter …

If there was an event that suddenly disconnected us from the network and all types of technology, and if this event forced us to return to vital solutions that can be applied only with the help of the hands and the intellect; if we had to rely on our skills, how many would we be capable of?

So, has progress regressed? The answer is yes. Especially when it was pushed to excess.