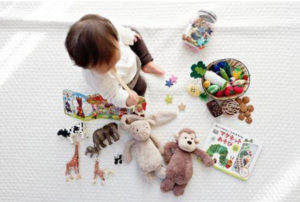 Single mothers, surrogate mothers, gay/lesbian parents… Reproductive technologies have changed our understanding of family relationships. The World Center of Baby surrogacy in Thailand proves that. When they say that the possibilities of assisted reproductive technologies are almost limitless, this is not an exaggeration. It is possible to overcome infertility even in situations where a person is physically unable to conceive and bear a child for various reasons. For this purpose, the technology of surrogate motherhood is used.

The essence of surrogate motherhood is the egg fertilization of a genetic mother with the sperm of a man or a donor as part of IVF, with further implantation of the fetal egg into the uterine cavity of the surrogate mother. She bears the pregnancy and gives birth to a baby. Then she passes on a baby to genetic parents. A preliminary contract secures all the nuances of the procedure.

Is Surrogacy in Thailand Legal?

In many countries, the law doesn’t allow commercial surrogacy. Therefore, couples dreaming of a baby traveled to Mexico, India, or Thailand. But recently, Thailand dropped out of this list. This is because the authorities have decided to ban commercial surrogacy. The last two scandals played a decisive role in this. Once, an Australian couple abandoned a child with Down syndrome, born from a surrogate mother. In another case, a Japanese man was accused of fathering 15 babies.

As the World Center of Baby agency says, new legislation of Thailand prohibits surrogacy for foreign and same-sex couples. There is no working surrogacy agency in Thailand. The exception is traditional couples where one of the spouses has local citizenship. For them, the cost of surrogacy in Thailand is approximately $60,000. Those who intend to use surrogacy services will now prove they can’t have children. Violation of surrogacy laws is punishable by up to ten years in prison.

Can a Surrogacy Agency Help?

Even though surrogacy in Thailand is prohibited, there are many other countries where it is allowed. First, you need to find a perfect agency that can help you. For example, you can turn to the World Center of Baby. You shouldn’t search for a surrogate mother on the Internet and rely entirely on the search results. Scammers often offer their services for a low price. It is best to focus on the base of women that the agency or clinic recommends, but you need to check a specific candidate yourself. As a rule, any agency has a database and “black lists” that include all unscrupulous gestational couriers.

Of course, entrusting the search for a surrogate mother to the World Center of Baby agency is the preferable option. However, in this case, the cost for participation in the program will be higher. Still, the advantage is that professionals will handle all the paperwork. They will also carry out the transaction from beginning to end, which guarantees the family’s protection in the future.

There are many supporters of surrogate motherhood, and they believe that no one forces a woman to become the mother of someone else’s child. She makes such a decision consciously and independently. Then, future parents just “adopt” their babies.