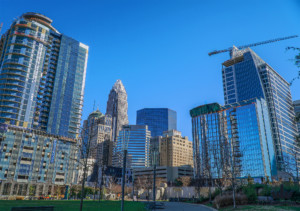 Over the past year, the vacancy rate in Charlotte has decreased from 6.2% down to 6.1%.

Worst of all, the data shows that wages have remained flat over the past year, meaning it’s now costing more to make the same amount.

According to Real Data, Charlotte now has the 4th highest rental rates in the South East.

Here are all the numbers for the major cities in the South East.

How do you feel about the apartment boom here in Charlotte?

What do you think we could do to increase wages and make living here more affordable?