SEC General Contractors are about to break ground on the first Shake Shack location in the Carolinas later this month, according to a recent press release. It’s being built in the heart of Charlotte’s popular Park Road Shopping Center, next to our city’s newest Amelie’s, Viva Chicken, and Chopt locations.

Shake Shack plans on opening the new location by the end of the year.

The legendary franchise first started as a hot dog cart in Manhattan’s Madison Square Park back in 2004 and has since grown to over 80 locations across the country.

This will be Shake Shack’s first location in either of the Carolinas. The closest locations to Charlotte are in Atlanta, Lexington, and the Washington DC area: 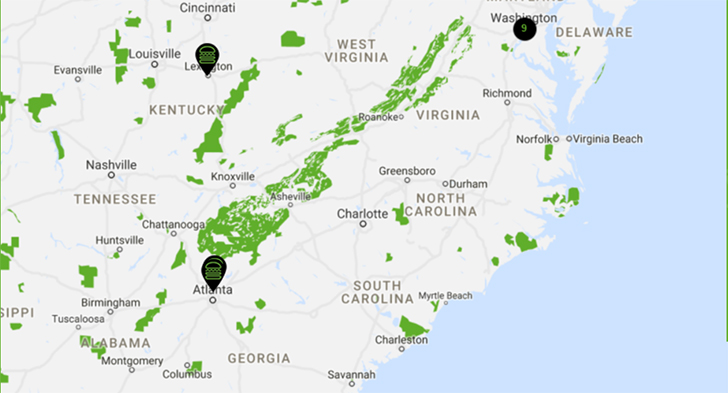 Shake Shack has become legendary for their juicy hamburgers, crinkle-cut fries, and of course, their shakes:

They feature a secret menu with random new creations every month:

o f f • t h e • m e n u 🍴It’s #OffTheMenu #Monday, and what better way to start the week than with a #Secret #Menu #Burger unlike any other! 🏖 The (Double) California Classic 📍@BurgersPriest (do they even have a IG?) 🍔 griddle pressed patties // cheddar // secret sauce // lettuce // onion // buttered inverted buns 🗒 Order this off of their (no-so) #SecretMenu and thank us later! 📲 Don’t forget to DOWNLOAD our FREE APP on iOS! #OFFTHEMENU and join #OffTheMenuCLUB where you get a FREE SECRET MENU ITEM EVERYDAY FOR A MONTH! · · · · · · 🗯 #BurgersTO #BurgerPorn #Food #FoodPorn #EatFamous #BurgersPriest #Eeeeeats #Toronto #TorontoEats #InNOut #ShakeShack

…as well as some healthier options, including portabella mushroom burgers:

My first offical meal back from traveling abroad was of course from @shakeshack! Trying the new Hot Chick’n sandwhich! Soo good! Thanks @atomfuji! You’re the sweetest!!!

Are you excited about Charlotte’s (and the Carolina’s) first Shake Shake?

What will be the first thing you order?