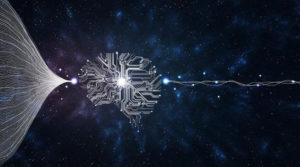 Selenium is an open-source test automation framework that is widely used for web-based applications. It allows you to automate browsers using any programming language. It is becoming increasingly important as websites become more complex and complicated. For one, it allows you to test the entire website as a whole as opposed to just a few select pages. In addition, as web browsers update, so can your tests so your automated testing remains accurate and current.

With automation taking over the world, it is important for a company to embrace the benefits of automation. Selenium is helping companies realize this objective in a fast and easy way. Its ability to automate web testing has seen it become a popular tool in the market. It has been helping companies eliminate human error in web testing and boosting their product’s performance to deliver quality services.

It has proved to be highly cost-effective and provides large savings in terms of time and effort. With Selenium, you can create reusable test scripts which can be used across multiple projects.

Cypress is an end-to-end testing and functional automation framework for JavaScript and is essential for ensuring your web pages and web applications work as they should. Also, Cypress is the most popular open-source testing framework for apps created with Angular and React. The best way to test your code is to use Cypress.js, a new open-source tool that provides you with powerful end-to-end testing.

Cypress works on any front-end framework, making it easy to start testing straight away. Usability testing is a part of any successful product launch. With the release of Cypress, developers now have an easy-to-use, cross-platform solution for running tests and gathering data.

Selenium has many advantages. A few things to watch out for are:

Selenium has some limitations. A few things to watch out for are:

Selenium & Cypress are two of the finest tools for Software testing.

Selenium is a web browser automation framework that facilitates creating automated tests that run on a Selenium server. It interacts with the software program under test via a driver, which is either built into Selenium or is provided as an external component.

Cypress is a relatively new contender in the UI automation space, but it has quickly gained popularity because of its intuitive interface and easy deployment process. Its main competitor is Selenium, which has been around since 2004.

The first thing you need to know is that Cypress is not like other end-to-end (e2e) test runners. It works differently because it’s built on top of WebDriver (formerly Selenium). This means that, although you can use it to test anything your browser can see, its real power comes from the fact that you can use it to write tests for single-page apps.

Cypress has an advantage over Selenium because it’s faster, easier to use, and more affordable. However, both are very powerful tools for UI automation tests. Most modern JavaScript frameworks and testing tools run outside the browser. While this is great for automation, it can be problematic for manual testing and debugging. For example, if you need to inspect the contents of a form field or see what happens when an element is clicked, you must manually refresh your browser and inspect it at that point.

Selenium is an automated browser software testing tool that allows performing functional and regression testing of web applications. It can be used to verify that the application works correctly across multiple browsers, operating systems, and platforms. Selenium is a very powerful and flexible cross-platform automation tool, which offers many options and configurations. This makes it tough to get started with. As such, it can be tough to figure out which configuration makes the most sense for your testing needs. This guide aims to help you choose the best selenium configuration for your needs.

Cypress is a better option for web architecture because it runs inside the browser. It provides native access to all web-app objects, such as JavaScript functions and DOM elements. It also includes a limited ability to test code that’s executed on the server. Cypress comes with a host of benefits, including a better architecture as it provides native access to all web application objects (e.g. DOM elements, functions, etc.) without testing in a server-side language. One downside is that there is no multi-tab support and one must use workarounds to support multiple browsers at once. Another drawback is its inability to support multiple browsers at once.

Selenium WebDriver is a relatively free way to test your site. Selenium can be used with multiple languages, and developers can easily interact with the backend of a website through Selenium test cases. It also offers direct support for multi-tabs and multi-browsers in a single test instance.

Selenium and Cypress are two of the top web automation testing players. Selenium has features like remote execution, cross-browser compatibility, and the ability to create tests in various languages. While Cypress has faster execution speeds, automatic scrolling, and real-time reloads. The ideal choice, in this case, is not clear-cut.

We had a look at the important differences between Selenium and Cypress. Both are great choices for web automation testing. But it seems like Cypress is trying to prove its worth in this competitive market.

Selenium Grid is a server that can distribute your tests across many different browsers and real devices. You can use an online Selenium Grid like LambdaTest to run your test scripts across 3000+ operating systems and browsers. You can get faster results delivered right to you with automated cross-browser testing. LambdaTest is more than just a tool. You get complimentary features such as video recording, visual UI testing, real-time screenshots, mobile app testing, and much more along with cross-browser testing, thus ensuring smoother experiences and faster testing.