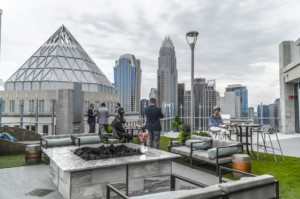 Living alone was often praised as a “dream come true” while shared living was viewed by many as a financial necessity rather than a lifestyle choice. But that was before the pandemic started. The shift to remote work sent many people into loneliness and the lack of regular, face-to-face interaction can have a deep psychological impact on all personality types. As such, living with roommates emerged as a good alternative not just for those seeking financial comfort but for our general wellbeing as well as we try to cope with staying inside.

Living with roommates however comes with pros and cons. In a new report by StorageCafe, it was determined that , Raleigh offers the best overall shared living experience among the largest US cities, while Charlotte follows closely on 6th place.

Other key insights from the report include: Charlotte Ranked As Having The 6th Biggest Housing Bubble In America