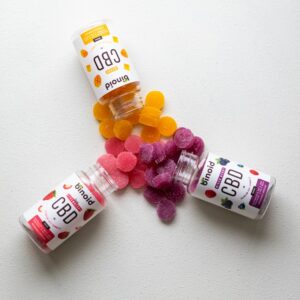 The popularity of cannabis remains high thanks to the product having been legalizes in many states of the USA, in Canada and in several other countries around the world. With many more states and countries se to follow it is no surprise there’s a wide choice of methods of ingesting cannabis. Whether for medicinal or recreational use the choice will be a personal one, so let’s look at the most popular ways to use cannabis and what the pros and cons of each one are.

The traditional joint is still favoured by many people, and the ritual that goes with rolling one is part of the experience. Or you may prefer a bong which remains the method of getting the most powerful hit. The advantage of this method lies in the potency and the traditional hit, but there are downsides to this method.

One is that the burning involved in smoking – even with a bong – produces carcinogens that have been proven to cause lung disease and even cancer. Another is that this is a method that involves a lot of mess and potential waste. This is why vaping – our next subject – is fast becoming the most popular method of using cannabis.

Vaping took over the tobacco and cannabis world when smoking was banned in many countries. The market for vaping has expanded rapidly and will continue to do so. One method of vaping cannabis is that of using dab weed with vape pens which are compact devices designed specifically for the purpose. Be aware they are not always pen-shaped!

A vape pen is a small item that features an outer case, the electronics to perform the process, a battery and a vaporizer or atomizer. The battery powers the atomizer which heats a cartridge in which concentrate cannabis – known as a dab – is placed, and at a set temperature it vaporizes producing the attendant vape cloud. Not as potent as smoking, vaping provides more flavor and also removes the smoke element so is inherently safer.

With the legalization of cannabis come a new batch of methods of taking cannabis, and gummies are surprisingly popular. Taking the form of chewable jelly candies that are laced with cannabis essence, they are a convenient and discreet way to take cannabis. The problem with gummies is that the effect is not instant, and the power is far less. These are primarily preferred by CBD users, this being a form of hemp oil that is low in THC.

Manufacturers recognized the market for topicals in the form of creams and lotions when it was discovered that cannabis and CBD can help with skin ailments such as eczema and acne. These are designed to rub onto the skin and do have an effect but are mainly for people using medicinal cannabis.

Tinctures come in the form of a bottle with a dropper and are used when you want to add a cannabis touch to food or drink. Not the best way to consume cannabis in terms of getting a hit, this method is convenient and simple and does have its merits.

By far, the best way to take cannabis is either to smoke it in the traditional manner or to vape it using a dab and a vape pen. There are pens that can also vape dry herb, which is a step closer to the traditional joint. As vaping is safer than smoking and offers less waste or mess, we believe it is the best way to enjoy cannabis, and this is why it is fast becoming the most popular.