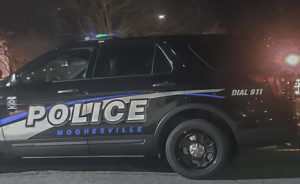 Police officers communicate in many ways, including 10 codes and signals, such as “10-4” or “Code 3”. There are quite literally dozens of these codes, with many of them dating back to 1937, but where exactly did they come from? Why did the police start using codes in the first place? There are several reasons, all of which we will cover here.

Why Were Police 10-Codes Made?

Simply put, police 10 codes were put into practice to simplify and standardize communication. After all, the more words you use to say something, the more likely someone is to misunderstand you, especially over the radio. That is to say nothing about other communication obstacles, such as the differing slang and accents between different people.

While not every police matter is urgent, a lot of them are, and it makes sense to neutralize as many obstacles to efficient communication as possible. That’s the primary reason police-10 codes became a thing in the first place. However, there are a few other reasons the codes came into being in such a form.

The radios we have today may be pretty advanced, but obviously, we had police back in the early days of radio communication as well. In those early days of widespread radio use, there were some limitations to the technology that had an impact on the creation of police-10 codes.

For example, early police radios only had a few channels. In jurisdictions where there were a lot of officers, they all had to communicate on these relatively few channels. This meant that messages needed to be as concise as possible, to limit the amount of time any one officer was using a channel, and to speed up communication between everyone overall.

How Have Police Codes Changed Over the Years?

Well, they haven’t. Not much, anyway. Of course, radios are more advanced now, so you don’t have to worry about missing the first syllable in a transmission. But these codes had already become common practice, so they kept being used as they were for several decades. They haven’t changed much over the years, aside from more codes being added to expand the available shorthand. For instance, there are also police-11 codes now.

That said, there was never any full standardization of these codes. Different jurisdictions had different meanings for the same code. For instance, 10-7 might mean different things in different jurisdictions. Because of this, the US government advised against using codes and using plain speech for police communication in 2016, to avoid confusion between districts. Many officers still use codes, however.