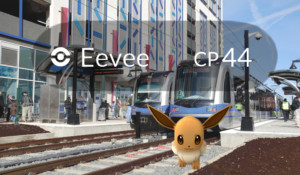 “Pokémon,” the wildly popular Nintendo franchise that was the obsession of kids from the ’90s and ’00s, has now evolved into an even more viral incarnation over the weekend.

It’s been three days since “Pokémon Go” was released, and the world has already seen an explosion of people walking around, glued to their smartphones.

After millions of downloads of the game, some unbelievable, but true stories have started to emerge, from finding a dead body in Wyoming to a robbery of a group of players in Missouri.

Here in Charlotte, things have been somewhat calmer, all things considered. The CMPD hasn’t yet respond to questions about Pokémon-related complaints, and local players say the game has given them a new appreciation for the city.

A collaborative Pokémon GO map for the Charlotte, NC area with marks for gyms and Poké-Stops has already been by Luke Drago (@RealLukeDrago), and local users are now flocking to it:

So far, local reactions to the game here in Charlotte have been mostly positive:

This kid just walked up to me at a coffee shop and asked what #PokemonGo I just caught!This game has undone years of don't talk to strangers

Where did all these neighborhood kids come from?! #PokemonGO has done more for children's obesity in a day than Michelle in past 8 years.

I just want to play #PokemonGO everyday… All day…

My mom set me off for my adventure right after she took this pic for me #PokemonGO pic.twitter.com/6hDo95xN9W