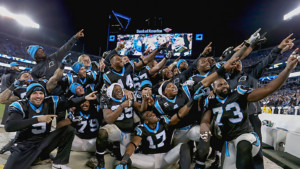 The Dark Knight has returned to the Queen City.

Norman was originally picked by the Panthers in the 5th round of the 2012 draft. In 2015 he led the NFL in turnovers with 24 interceptions and 15 forced fumbles, helping the Panthers secure a 15-1 record and a Super Bowl appearance.

Most recently, he spent 2020 in Buffalo and 2021 in San Francisco, helping both teams to make it to their conference championships.

“I want to not just go to the playoffs, but go on a deep run,” he said on Twitter after being signed.