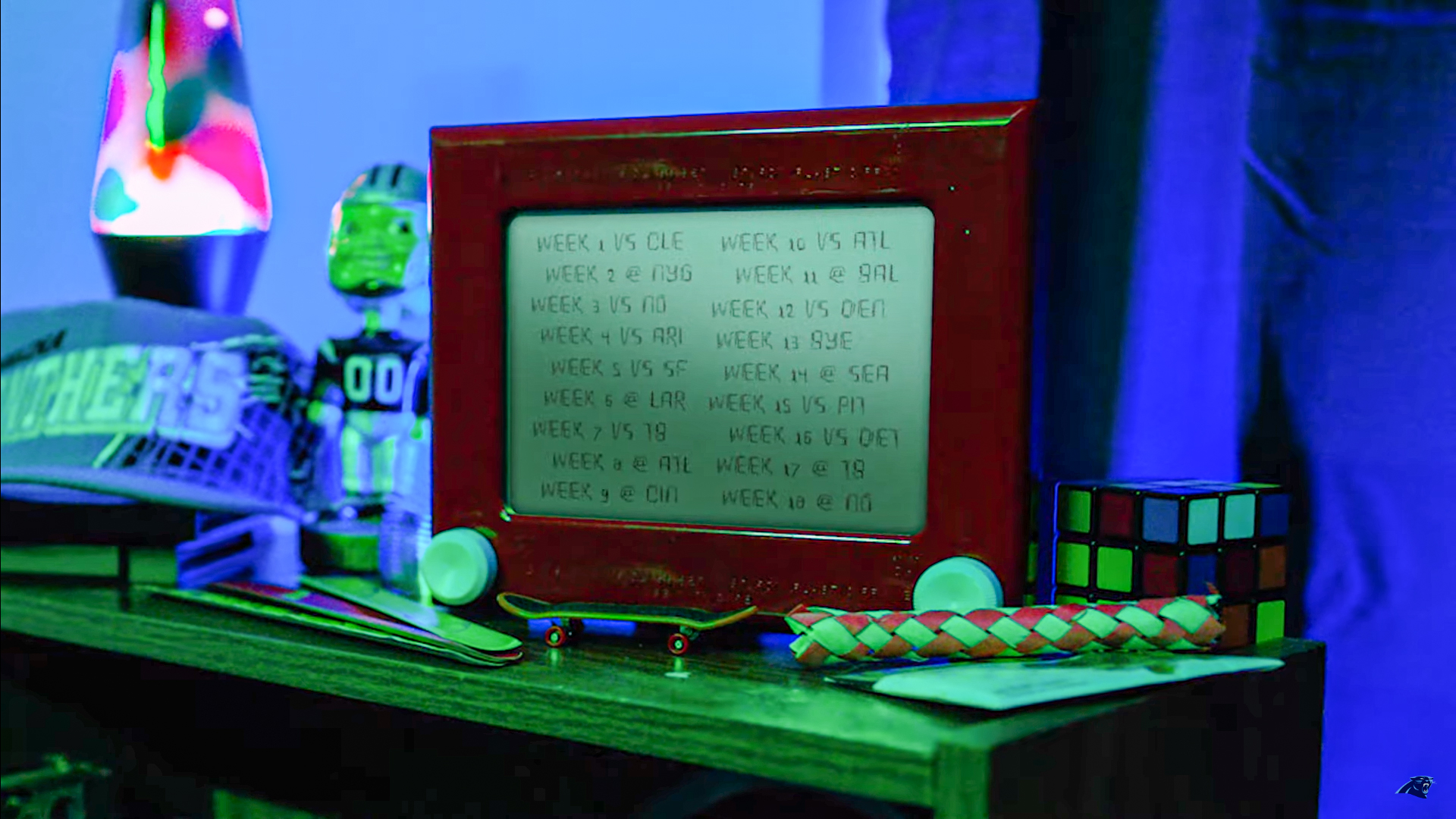 The Carolina Panthers have just officially released their new ’22-’23 season schedule (in the most creatively retro way possible) and it’s looking pretty good.

We’ll officially open the season on Sept. 11th at Bank of America Stadium against the Browns, and then play 4 of our first 5 games on our home turf.

We’ll be playing away against NJ in week 2, but then back home for games 3,4, and 5 against the Saints, Cardinals, and 49ers.

Next season, we’ll have 1 prime-time spot on Nov. 10th against the Falcons.

As part of their official release, the Panthers took us back in time to the late 1900s to lead us through the schedule with a series of vintage products and throwbacks, including corded phones, AOL dialup and AIM, dunkaroos, blowing in an NES game, Big Mouth Billy Bass, and so much more:

Here is a more visually clear overview of the new schedule: