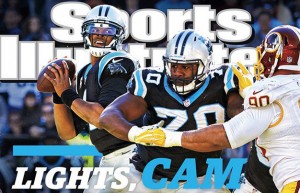 North Carolina is a proud sporting state that boasts several major and minor league sports teams, and hosts some of the biggest sporting events on the calendar. From now and over the next 12 months, one major event and two of the state’s major league teams have a shot at bringing some memorable occasions home.

Following a season of fun, success, and sticking it to the doubters, the Carolina Hurricanes – sorry, the “Bunch of Jerks” – have a shot at building on their breakout season and bringing the Stanley Cup Playoffs back to Raleigh. At the end of September, the first elimination round of the 2019 NASCAR Monster Energy Cup Series playoffs comes to Charlotte, which is bound to bring an adrenaline rush to those attending. Then, there’s also the Carolina Panthers who, despite early season struggles, could sneak through and steal the NFC South.

Canes for the playoffs again?

One of the single greatest storylines of last season was the Carolina Hurricanes embracing Don Cherry’s label of them as a “Bunch of Jerks” and turning it into inspiration to bind the team and the fans. From the mighty defensive efforts to the Storm Surge, last year was a great year to be a Canes fan. The team has seen its share of turn around this offseason, with surprise hero Curtis McElhinney, as well as Calvin de Haan, Gregg McKegg, and Micheal Ferland leaving the team.

However, the Canes have brought in Erik Haula, Ryan Dzingel, James Reimer, Gustav Forsling, and Brian Gibbons to bolster the lines, and the team has a plethora of talent to bring into the NHL with the Charlotte Checkers claiming the Calder Cup last season. Last season, the team rode their momentum to the Conference Finals after qualifying through a wild card place. This season, if the young team continues to build, they could claim a place in the divisional places. After all, they were only one point off of the fading Pittsburgh Penguins last season.

The 2019 Bank of America Roval 400 at Charlotte is one of the most exciting events on the motorsports calendar this year. Kicking off NASCAR’s playoff elimination rounds, this is the second-ever Monster Energy Cup Series race at the Roval layout.

Last season, an epic collision during the very last lap proved to be decisive with the leaders being taken out to shake up the order. This year, Martin Truex Jr. is favored to take the weekend having come so close to winning the inaugural Charlotte Roval race. He also leads in the points and wins column, boasting six victories through 2019 already. The Carolina Panthers have endured a tough start to the 2019 NFL season. Cam Newton has clearly been injured under center, finally succumbing to his foot injury, and the defense hasn’t been as sharp as it could have been at times. Their saving grace? Run CMC. Christian McCaffery looks primed to have another grand season, and given the Arizona Cardinals didn’t follow in the footsteps of the Tampa Bay Buccaneers by snuffing out the talented back, it’s safe to say that some defenses will give him the inch needed to burn them down.

Until Newton returns, it’ll be up to the likes of McCaffrey, Luke Kuechly, D.J. Moore, Greg Olsen, and Eric Reid to flex their star power and add to their first win of the season in Week 3. The iron is hot, so now is the time to strike, as the NFC South is in flux. The New Orleans Saints are without Drew Brees until around mid-season, the Tampa Bay Buccaneers are as inconsistent as ever, and the Atlanta Falcons’ seemingly scary offense can’t get going. Divisional rivals will continue to slip up, so if they can kick on from their first win, the Panthers might just slip into a playoff place.

There’s a lot to be excited about as North Carolinan sports fans, with NASCAR coming to Charlotte, the Hurricanes looking to break into the upper-echelons of the NHL, and Panthers in for a very exciting campaign. 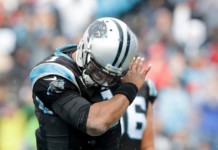 Projected Deaths From COVID-19 In North Carolina Reduced by 79% Thanks...

April 6, 2020
Do you have an upcoming event in the Charlotte region that you think should be on our calendar? Click here to let us know about it!