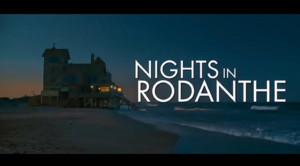 What is arguably one of the most iconic homes in North Carolina has just been put up for sale for $1.25 million.

The listing firm Hatteras Realty describes the home as follows on Hatterasre.com;

The house can be seen in several clips in the movie’s trailer here;

Fans of the movie originally purchased the home in January 2010 and had it moved from the edge of the beach to a more stable inland location to prevent its foundation from being washed away;

Here’s what the house looked like just before it was moved;

After the move, the owners decorated the interior of the home to match the sets in the movie: Richard Gere’s blue bedroom, Diane Lane’s room with willow tree designs on the wallpaper, the kitchen and the sitting room.

Here is what the house looks like now (all the furniture you see is included in the $1.25 million sale price);

Do you remember seeing this home on the big screen?