The former Charlotte Observer site right next to the Panther’s stadium will soon become the home of the largest building in Uptown Charlotte – according to newly filed permit documents, the new development at 620 South Tryon Street will include a total of 5 million square feet of mixed-use space.

The new number came from a city approval document for a skybridge over South Church Street that will link to the two sections, “The proposed development will include up to 5,000,000 square feet, including office, hotel, retail, residential and open space components.” 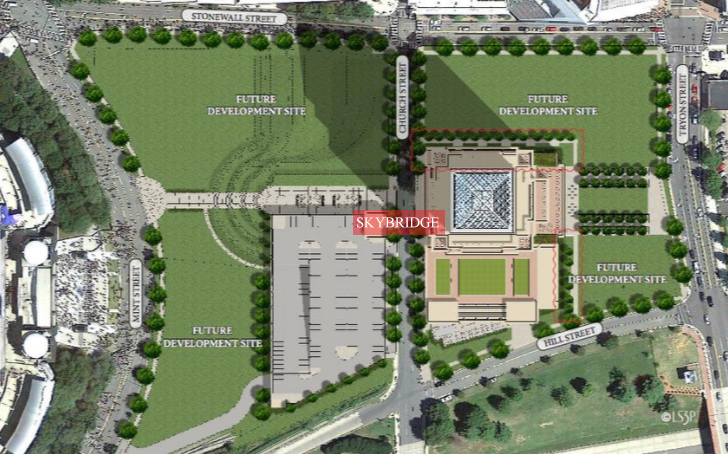 Lincoln Harris and Goldman Sachs, the developers of the site, have not released much information about the specifics of the development, but we do know that it will feature a 33-story high-rise tower that will look similar to the 19-story 525 North Tryon building on the other side of Uptown. 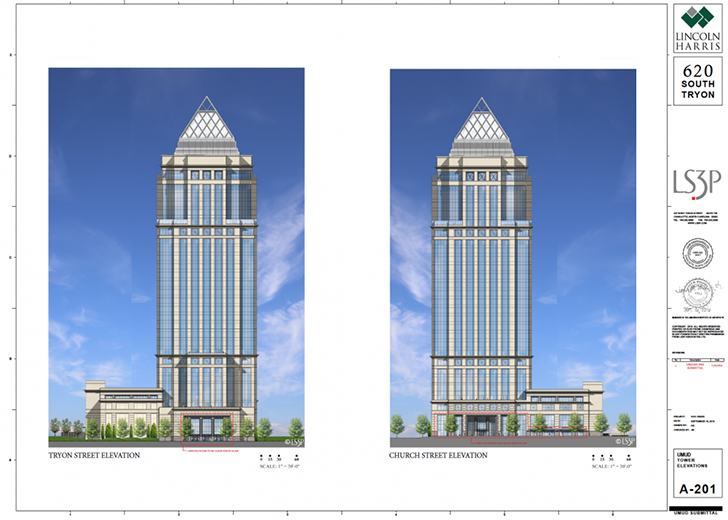 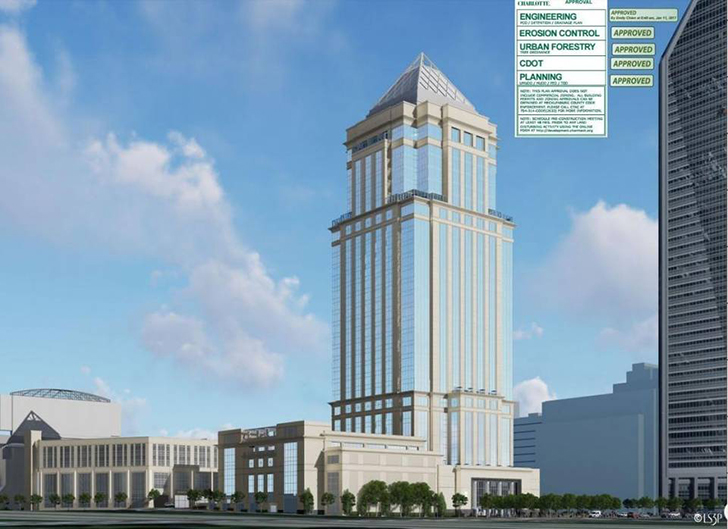 GSLH Charlotte Realty Holdings LLS (a partnership between Lincoln Harris and Goldman Sachs), purchased the 3 parcels that now make up the 10 acre site for a total of $37.5 million.

The demolition of the old Charlotte Observer headquarters started last August and the new development is now expected to be finished in 2019.