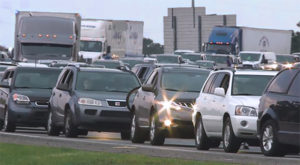 North Carolina’s highway system ranks 17th in the nation in overall cost-effectiveness and condition, according to the Annual Highway Report published today by Reason Foundation. This is down slightly from the previous report, where North Carolina ranked 14th overall, and mostly due to the state’s rural highway fatality rate, which ranks 49th out of 50 states.

North Dakota ranks first in the Annual Highway Report’s overall performance and cost-effectiveness rankings for the second year in a row. Virginia and Missouri, two of the 20 most populated states in the country, are second and third in overall performance and cost-effectiveness. Maine and Kentucky round out the top five states.

The highway systems in New Jersey (50th), Alaska (49th), Rhode Island (48th), Hawaii and Massachusetts rank at the bottom of the nation in overall performance and cost-effectiveness.

Ranking in Each Category