North Carolina might soon become the 39th state in America to legalize marijuana.

The current version of the bill would allow prescriptions for; cancer, epilepsy, PTSD, sickle cell anemia, HIV/AIDS, Crohn’s disease, Parkinson’s disease, ALS or Lou Gehrig’s disease, multiple sclerosis, wasting syndrome, severe nausea, and other ‘debilitating medical conditions of the same kind’. If passed in it’s current form, this would be the most restrictive medical marijuana law in the nation.

Currently 37 states have legalized marijuana in some form, with Mississippi finalizing the details of their newly passed medical marijuana law. 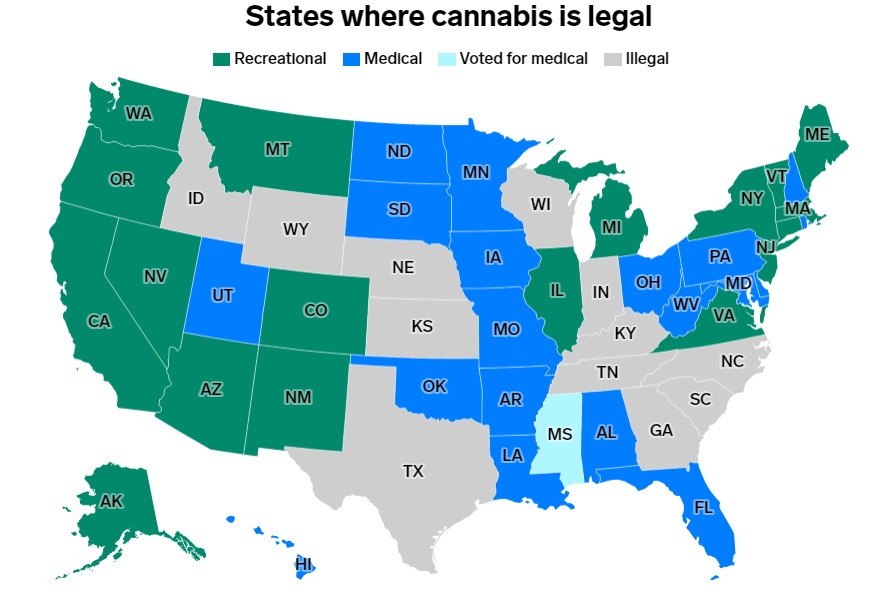 With the mostly unanimous support across party lines North Carolina’s new bill has received, it will likely go for a Senate vote in the coming days or weeks.

If passed in the Senate, the vote would then move onto the House, where most Democrats would likely vote for it, but it’s unclear how many Republicans would do likewise.

Do you think marijuana should be legalized medically or recreationally, or do you think it should remain outlawed?