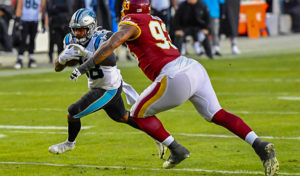 Two months ago, the sports pages were tripping over one another to make their predictions about the forthcoming NFL season. There were a handful of themes that we heard time and again. The Bills would dominate the league, Tom Brady’s unretirement took the Bucs from playoff maybes to Super Bowl prospects and there was a long year in store for New Yorkers, to mention just three.

Now, eight weeks in, we can say that some of these predictions have proved accurate – the 5-1 Bills, for example, are certainly looking like the class of the AFC. In other respects, however, it seems that not everyone got the pre-season memo.

Bucs are lacking an offense

When Tom Brady unretired, it rocked the football world and the legit football betting sites slashed Tampa Bay’s odds of winning Super Bowl LVII overnight from 25-1 to 7-1. Two months later and they are stretching again, with most sports books offering 16-1 or thereabouts. Being edged by the Steelers was one thing, but the 21-3 mauling by the Panthers with their third string quarterback will have Tampa fans seriously concerned. With no first quarter touchdowns this season, the worst third down conversion rate in the league and apparently no running game, head coach Todd Bowles hinted that nobody is exempt from close examination as he tries to stop the rot.

One thing all the pundits agreed about pre-season was that Green Bay would boss the NFC North just like they always do. Going into Week Eight, they, like the Bucs, are 3-4 and can only watch as the 5-1 Vikings forge further ahead. The Packers’ woes are similar to those of Tampa. The offensive unit just doesn’t look like a unit and Aaron Rodgers can’t get the ball up field, no matter what he tries.

The NFC East are showing the way

Preseason, pundits predicted that the NFC East would be a case of the “least worst” rising to the top. How wrong they were. Incredibly, that is a perfect description of what is happening in the NFC South, where all four teams have losing records. The NFC East, however, boasts the one remaining team that is still undefeated in the Eagles, while the Giants at  6-1 are second best in the entire league.

New Yorkers have plenty to celebrate

This was predicted to be a tough year of consolidation and rebuilding for New York’s two NFL teams. It seems nobody told that to the Giants or the Jets, as they have turned in some of the best and toughest performances this season, grinding out wins the old fashioned way with hard defense and a solid running game.  The Giants have lost only once this season, while the Jets are snapping at the Bills heels with a four-game winning streak. Both teams are seeing injuries pile up, so whether they can sustain it is another matter, but it is fun while it lasts!