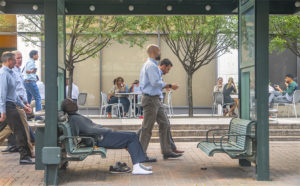 According to the Department of Labor, 28,323 North Carolinians filed initial claims for unemployment last week. Over the past several weeks, new claim numbers have held steady, indicating that thousands of North Carolinians continue to lose their jobs because of the on-going pandemic, while expanded federal unemployment insurance is set to expire next week.

Expanded federal unemployment payments provided by Congress in the CARES Act are set to expire on July 31. According to the Economic Policy Institute, letting the $600 expire would cost more than 5 million jobs over the next year.

The state of North Carolina also has one of the shortest maximum unemployment insurance benefit duration (tied with Florida at just 12 weeks), meaning those who lost their job in March and April currently or will soon have no income.

What do you think should be done for those who now find themselves without income?