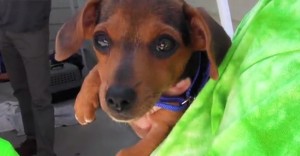 A new bi-partisan measure has just been filed in the North Carolina Senate that seeks to establish a public registry of any and all animal abusers in our state.

Senate Bill 423 would require the state Department of Public Safety to launch a public registry that would include any offenders’ full names, mugshots and other identifying information. Any first-time offenders would remain on the registry for two years, and subsequent offenses would put someone on the registry for a total of 5 years.

The bill specifically reads, in part; “Beginning January 1, 2020, the Department shall post a publicly accessible list on its Internet Web site of any person convicted of an animal abuse offense on and after that date. The list shall include a photograph taken of the convicted animal abuser as part of the booking process, the animal abuser’s full legal name, and other identifying data as the Department determines is necessary to properly identify the animal abuser and to exclude innocent persons. The list shall not include the abuser’s Social Security number, drivers license number, or any other State or federal identification number.”

Tennessee was the first state in the nation to establish an animal abuse registry back in 2015, although their registry primarily focuses on those convicted of violent animal abuse.

What do you think about the possibility of an animal abuse registry in North Carolina?