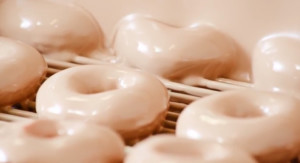 Following through on a promise he made last December, State Superintendent Mark Johnson will be one of the thousands who participate in the 15th Annual Krispy Kreme Challenge in Raleigh this weekend. The event begins at 8:00 a.m. on Saturday February 2 at the NC State Memorial Bell Tower. Superintendent Johnson announced he would participate after a record number of teachers responded to a survey on working conditions last year.

“I promised to complete the Krispy Kreme Challenge, including all 12 doughnuts, if 95 percent of educators responded to the survey,” said Superintendent Johnson. “While we didn’t hit that number, our 91 percent response rate was the highest ever, so I decided to go ahead and participate as a fun thank you.”

The Krispy Kreme Challenge consists of running 2.5 miles from the Memorial Bell Tower to the Krispy Kreme located at the intersection of Peace and Person Street in Raleigh, eating one dozen doughnuts, and then running 2.5 miles back to the Memorial Bell Tower. More than 5,500 runners are expected to participate this year. Superintendent Johnson is registered as a “Casual Runner,” meaning he will not be required to eat the entire dozen doughnuts.

The event benefits UNC Children’s Hospital. As a part of his participation, Superintendent Johnson is asking people to support him by donating a new book to the hospital for the patients being treated there. Information on how to donate the books can be found at www.ncsuperintendent.com/bookdrive.

“Donating a new book to UNC Children’s Hospital is a great way to support the event and bring joy to children in need at the same time,” said Superintendent Johnson. “I will personally deliver the books to the hospital this spring.”

Soon after the Krispy Kreme Challenge, Superintendent Johnson will also launch the NC Reads Book Drive statewide, encouraging civic groups, schools, churches and other organizations to collect donated books to be distributed to children in their own communities. Organizations will be provided with a “how to” guide on organizing a book drive and getting the books to the appropriate nonprofits for distribution.

For more information on the Krispy Kreme Challenge, visit krispykremechallenge.com.