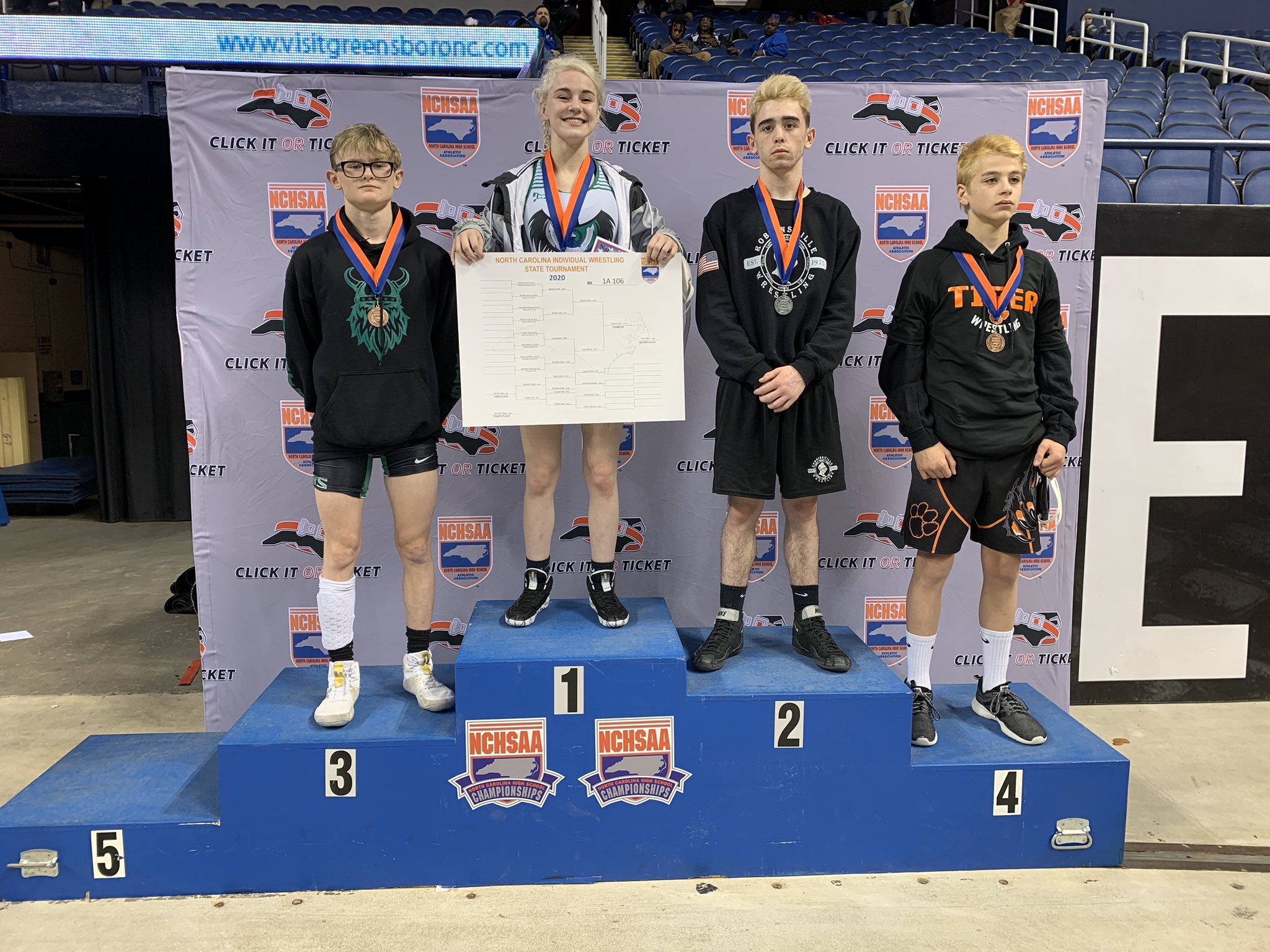 For the first time in history, a girl has won an individual state championship in wrestling.

Uwharrie Charter Academy senior Heaven Fitch defeated a total of 54 males (and only loss to 4) in the 1-A class this season to win the title.

The association posted a video of the last moments of Heaven’s final match, where she executes a complete reversal on her male opponent to win the title. During the final moments, the crowd was chanting “Heaven! Heaven!”.

Heaven also won the “Most Outstanding Wrestler Award” for her conference;