A North Carolina firefighter has just been terminated after saying that he thinks the US Government should kill all children and adults who came here to seek asylum and who are currently being held in US Detention Centers.

In response to a post about asylum seekers being held on the US-Mexico border, he said;

“personally I think they’re (US government officials) too easy on them (asylum seekers). They should exterminate all captive right now and broadcast it over Mexican national TV to send a message that if you cross illegally you die.” 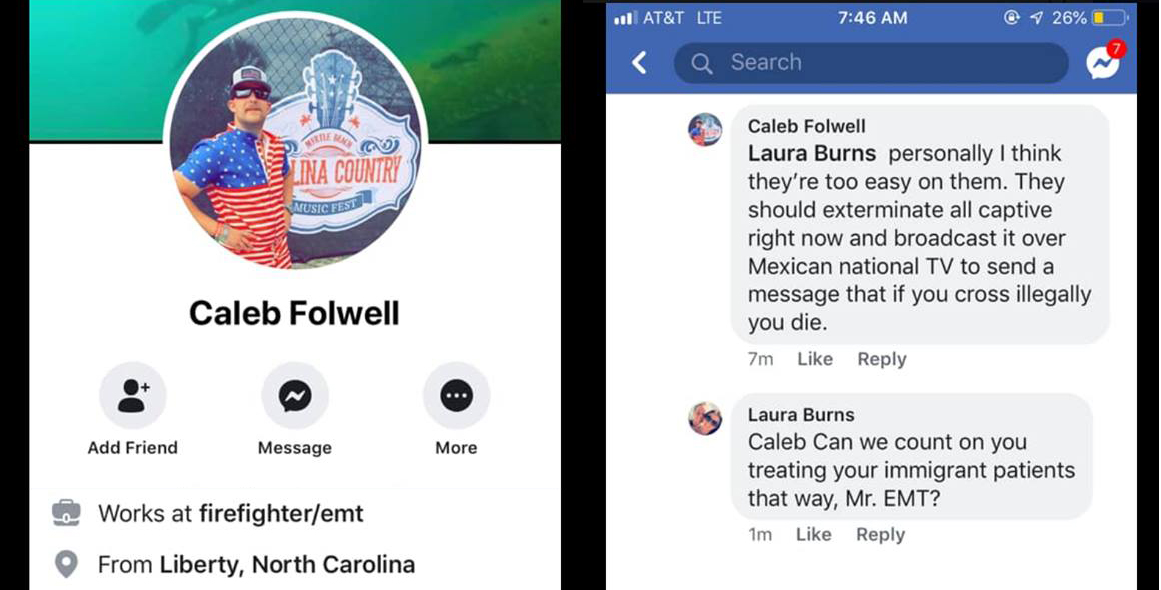 Caleb Folwell had been volunteering with the Julian Fire and Rescue Department in southern Guilford County, NC, but soon after the post went viral, Folwell was terminated from the department, according to the Chatham County Fire Chief John Strowd.

The chief would only say that it was because of a “personnel matter.”

Soon after the incident, Spectrum News posted the article to their Facebook page, including a clear image of Folwell’s comment.

While most of the commenters on the post were appalled by the comment, some, tragically, voiced agreement and support for the idea of killing asylum seekers.

“100% Agree With What The Firefighter Said It’s Time Those At The Boarder Need To Get This Message We Don’t Need Them Here In This Country So All Who Take Up For Them Ought To Think Of The Future For Your Kids Grandkids And All” and added “So You All Want More People In This Country That Hate Our Country These People At The Border Don’t Belong Here We Need To Take Care Of Our Own Before Them All Ya’ll Need To Grow Up.”

“I actually agree with the fireman” 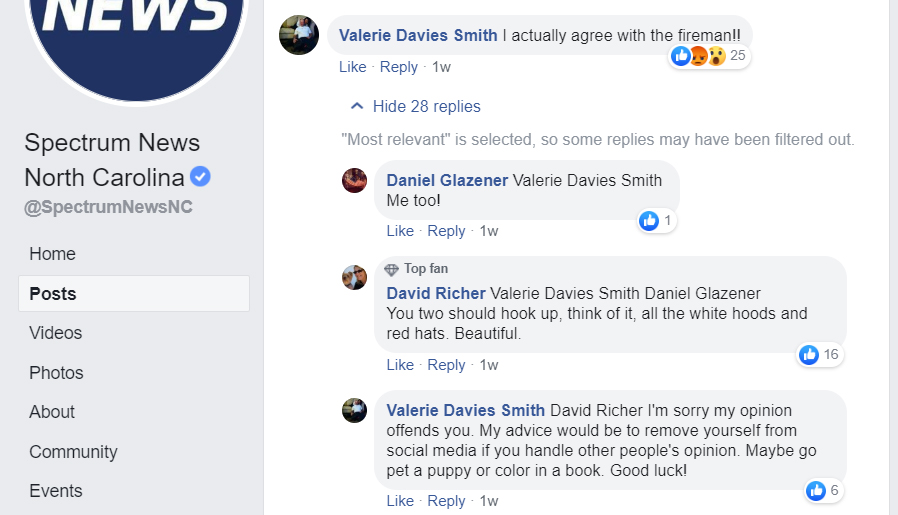 “What’s wrong with that?”

What do you think about Folwell’s comments?

What do you think about those who supported his stance?