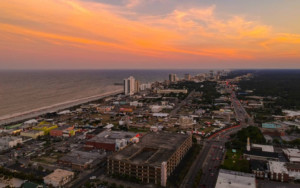 The pandemic has created major challenges and lifestyle changes for Americans. With more remote work opportunities, people are migrating to cheaper and less crowded cities. To help our readers with that decision, we crunched the numbers to determine what cities they might want to avoid if safety is a primary concern.

According to the FBI’s latest US Crime Report, Myrtle Beach, SC is now officially the 3rd most dangerous city in the United States. To rank the most dangerous cities, we analyzed the data from cities with a population of 10,000 or more and evaluated the number of reported violent crimes (murder, robbery, aggravated assault, and forcible rape), other personal crimes (simple assault, intimidation, involuntary servitude, kidnapping/abduction), and other property crimes (burglary, arson, motor vehicle theft, and larceny-theft).

According to the FBI’s data, these are the top 5 most dangerous cities for 2021: