Early this morning, Charlotte’s Mountain Island Lake hit its second highest water level in recorded history at just under 107 feet (the highest was 109.4 feet way back in 1940).

The rapid increase was the result of heavy rains over the past 3 days and Lake Norman opening their floodgates yesterday;

It won’t stop raining 😲⛈🌊📸 via @robblittle – Cowan’s Ford Dam on Lake Norman. The middle gates are open. Water is coming over the top of the rest of the gates. #clt #cltwx #704 #980 #lkn #queencity #itsraining #catsanddogs #lkn #lakenorman #cltnews #cltstories

According to LakeLevels.info, Mountain Island Lake hit a peak last night of 106.7 feet, and has since receded to about 104 feet; The flooding of the lake caused widespread damage throughout the lake, as the rising water levels flooded homes, dislodged docks and unhooked boats.

There was even a boat pile-up under the NC 16 bridge this morning;

I drove around this afternoon to survey the damage, and while most of the boats had been recovered, there was still widespread damage to docks and yards on all sides of the lake; 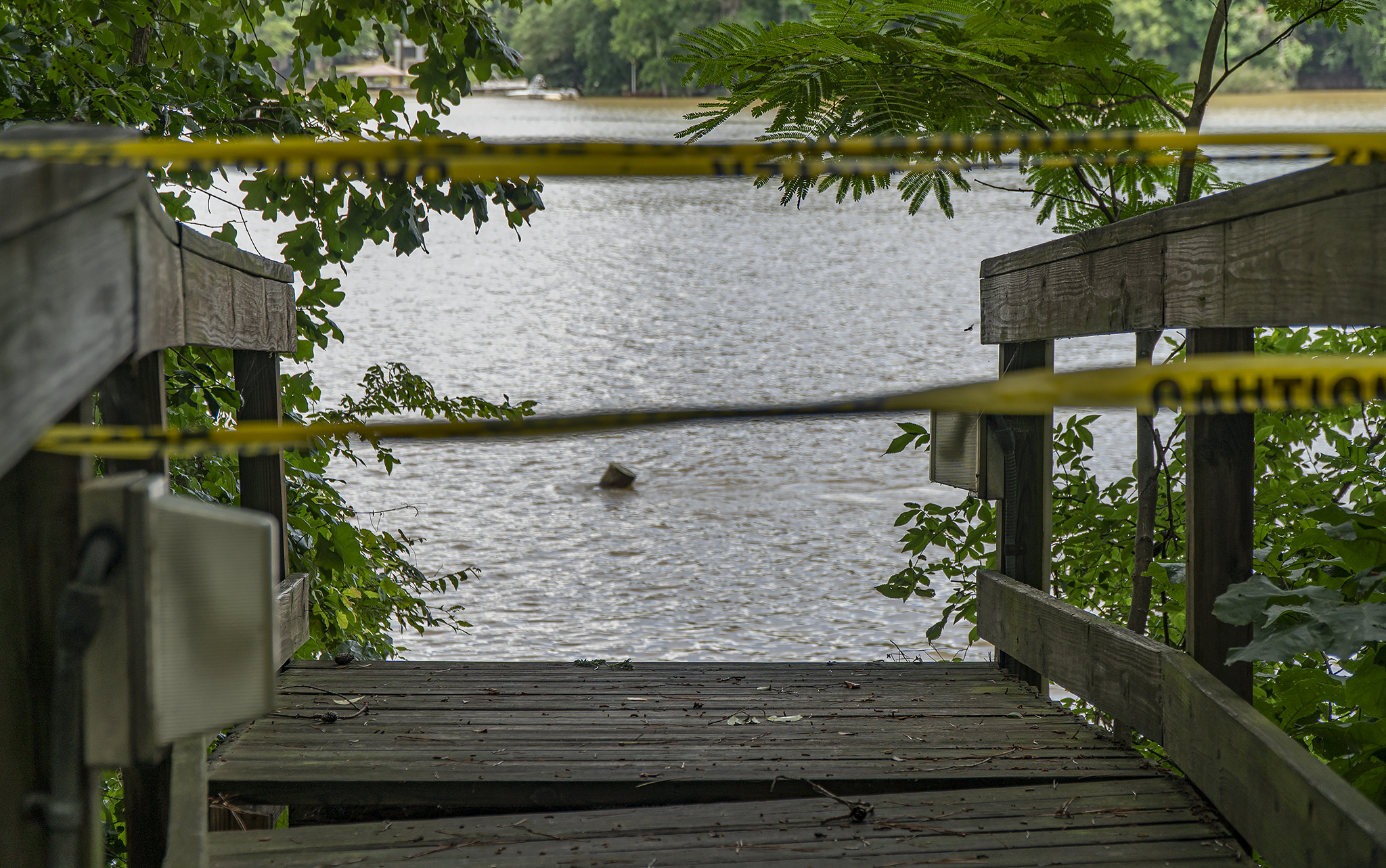