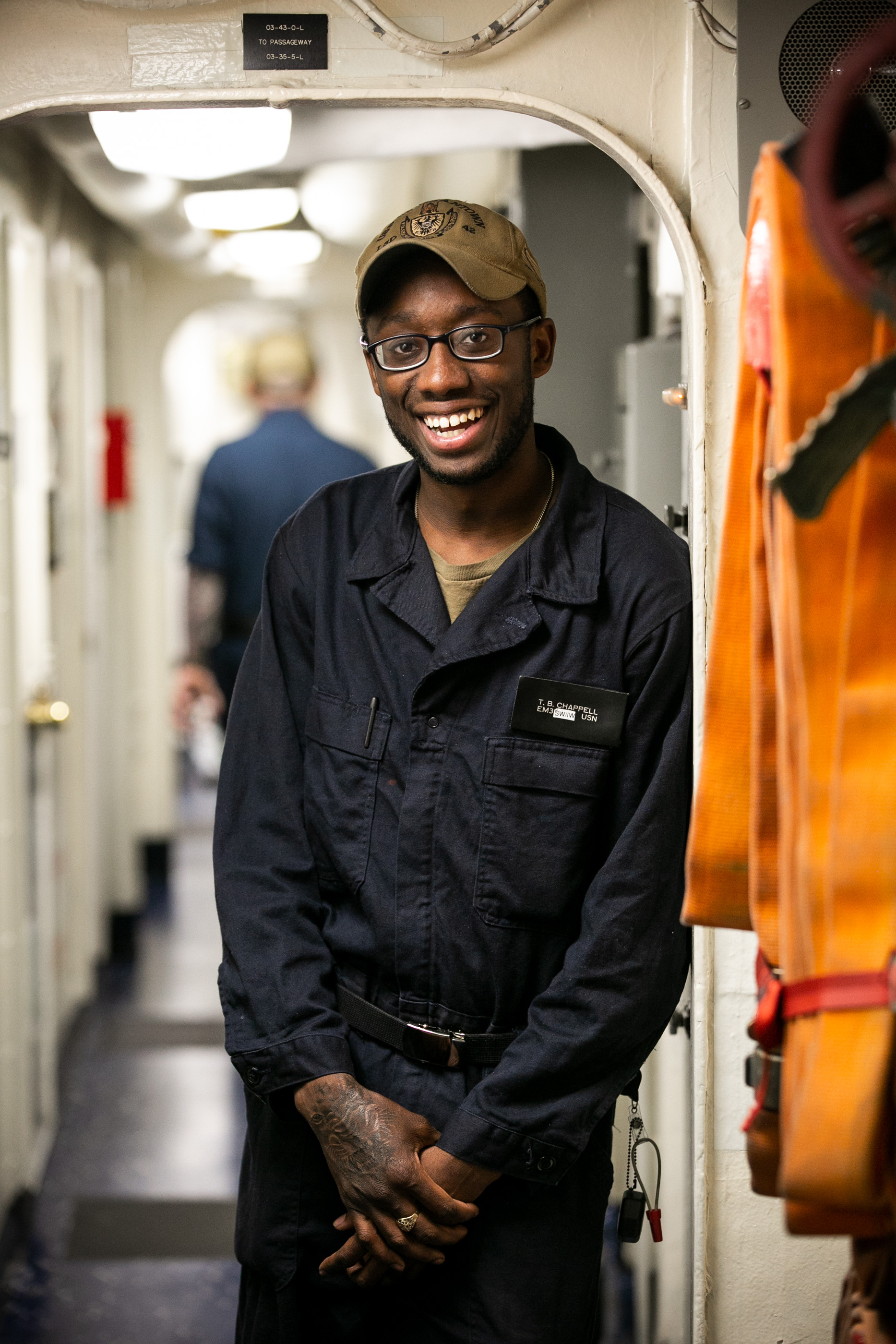 Petty Officer 3rd Class Taekwon Chappell, a native of Matthews, North Carolina, said he initially joined the Navy so he could help take care of his mom.“It worked out,” he said. “I have a wife and two beautiful kids, and I’m taking care of them.” Now, six years after joining and half a world away, Chappell serves aboard one of the Navy’s most dependable amphibious ships at Fleet Activities Sasebo, patrolling one of the world’s busiest maritime regions as part of U.S. 7th Fleet.

“This is my third amphibious ship,” he said. “This one is more laid back, but it’s hard work. I’ve been onboard a month, the ship just came out of dry dock for 27 months. We’re in the last stages of inspection. We’re 100 percent combat ready.”

Chappell, a 2013 graduate of Bronx Academy of Arts, is an electrician’s mate aboard the forward-deployed Whidbey Island-class dock landing ship USS Germantown in Sasebo, Japan.