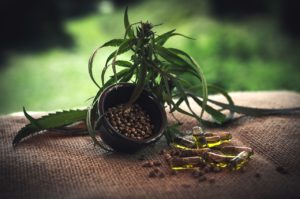 Are you tired of smoking a boring old joint, or becoming a bit more concerned about the health of your lungs and want to know what other methods of consumption the market has to offer? Are you new to the marijuana industry and have no idea what products are available or how they work?

With the gradual legalization of marijuana for recreational use around the world since 2012, the stigma around marijuana and the use of it has seemed to dissipate. It has become far more accepted around the world because of the fact that it is not a harmful drug like people had previously assumed.

The legalization of marijuana has led to an incredible growth in the industry with a whole load of new products being introduced constantly. With technological advancements, there are a variety of new methods of consumption that we would never have been able to have in the past. With all of these new methods available, it can be difficult to choose which one you want to try out first, or which one would be better for you. If you are a bit stuck and need some guidance, here is everything you need to know about the various different consumption methods.

By far, one of the most popular ways to consume marijuana is by inhaling it. These days a lot of people have become more health conscious, and are aware of the damage that smoke can do to their lungs. This means that more and more people are moving away from smoking and becoming more interested in vaping as there is far less risk involved.

There are so many different kinds of vaporizers out there, as well as other products that allow you to inhale vapor instead of smoke, such as dab rigs or a wax pen, which is becoming increasingly popular at online retailers like Grass City. The two types of vaporizers you can find are dry herb vaporizer which vaporize the herb itself, and vape pens, which make use of a concentrated oil or juice. Other methods which allow you to inhale vapor include bongs and dab rigs. These two are very similar in their function, and they differ in the fact that one uses weed and the other uses a concentrate.

Following the idea that people are being more health conscious and wanting to move away from products that can be harmful to their lungs and health, the introduction of edibles, while not very new, has only become incredibly popular in the last few years.

For a long time, edibles were only in the form of baked goods such as cookies and brownies. However, with development in technology, and the demand for it being that much higher, there are now so many different kinds of edibles to choose from.

You can get the classic baked goods, or you can choose from a variety of candies and gummies, try out a marijuana infused drink, or even have a full meal that has been cooked with marijuana butter or oil. The great thing about edible is that you can feel the effects of the marijuana much stronger and they also last a whole lot longer than when smoking it.

It’s no secret that marijuana is used for medicinal purposes. In fact, it has been used medicinally for centuries now. It is a great product that can be used to help relieve pain and inflammation as well as ease the symptoms of various disorders and diseases.

One thing that has come out of the new development of marijuana products is the ability to apply it topically. You can now find marijuana and CBD infused oils, gels, ointments and even moisturizer that can be applied directly to the affected area and give the relief effects much quicker and more efficiently. Consuming marijuana in this form will not give you any kind of high but will rather give you all the healing benefits it has to offer.

Last but not least, you have another method of consumption that is great for those using it medicinally, and this is through the use of tinctures. Essentially, what is this, as a small amount of concentrated oil that is placed under the tongue. This is the fastest way for you to feel the effects of marijuana as it is the quickest way for it to reach your bloodstream. This is useful for those who don’t necessarily want a social experience, but want to feel the effects almost immediate