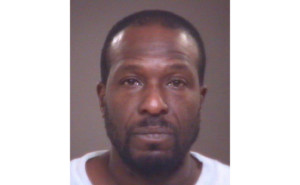 48-year-old Ira Vernard Wilson was in the passenger seat when the vehicle was pulled over for a stop sign violation, according to the Lincoln County Sheriff’s Office.

The stop took place on the Gastonia Highway near U.S. Highway 321. When Detectives approached the car, they noticed that Wilson was extremely nervous and was sweating profusely. Wilson suddenly vomited and said it happened because he was nervous.

The driver of the car then told detectives they could search the vehicle. They discovered nearly 34 grams of powder cocaine, worth up to $3,500, and more than $1,600 in cash.