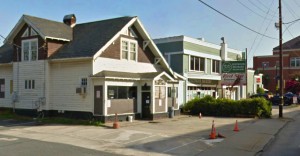 On January 3rd, 2017 after more than 10,000 shows, Charlotte’s home of the Blues for over 43 years shut its doors for good. Now, thanks to a new documentary, The Double Door Inn’s legacy and rich history won’t be soon forgotten.

“Live From The Double Door Inn” is about the fans, the loyal staff, the promoters and performers who helped make Charlotte an essential stop for nationally-known musicians touring the east coast.

More than 80 hours of original footage was captured during the club’s final 6 months. Vintage photos and video, much of which was eagerly provided by fans and musicians, are also incorporated into the film.

Here is the official trailer of the documentary:

Kim Brattain, multiple Emmy award-winning journalist and longtime anchorwoman at WSOC; along with Rick Fitts a partner at Kim Brattain Media and formerly a producer at WTVI; Chuck Bludsworth, president and creative director at Civilized Films; and Jay Ahuja, author, concert enthusiast, and veteran of local print media, radio and TV, teamed up to record live performances and conduct dozens of interviews to preserve this important story.

The full-length documentary is now available here on Amazon.com

Who Wrote the Gospel of John?

The Incredible History of Charlotte’s Atherton Mill Might Surprise You